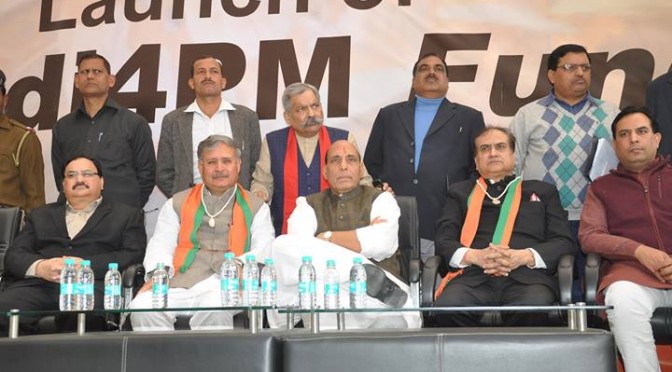 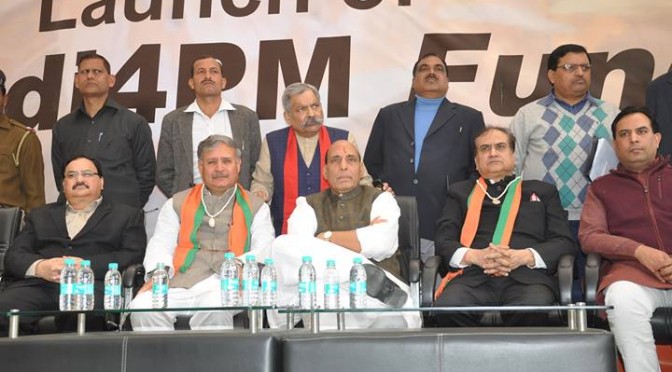 Three-time Congress MP Rao Indrajeet Singh and retired IPS officer Shri RK Singh joined the BJP at a function organised in the party office in Delhi in the presence of party president Rajnath Singh . They expressed their willingness to work for the party as dedicated karyakartas

Rao Inderjit Singh had recently said during an interview to TOI that the BJP is only available option for the people from which it can expect much-needed stability to the country and which can address problems like price hike and poverty.

Rao Inderjit Singh had also said that he was keen to contest the forthcoming Lok Sabha elections but he did not say anything on whether he would contest from Gurgaon from any other constituency.

Rao Inderjit Singh had demanded a probe into land deals of Sonia Gandhi’s son-in-law Robert Vadra and also attacked chief minister Bhupinder Singh Hooda for being biased in allocating funds for the development of districts. Singh has floated his own outfit ‘Insaaf Manch’ recently, which will work for social issues.