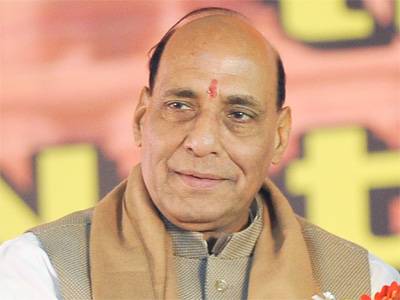 The issues of Home Guards, remuneration for Special Police Officers (SPOs), ex-gratia relief for damage and casualty during cross-border firing and issues relating to security related expenditure were discussed in detail.

The Union Home Minister mentioned that the people have great expectations from the Centre and the coalition government in the State and that the Central Government would ensure that all possible assistance would be provided to utilize the full potential of the alliance both in the area of security and welfare of the people.

The Union Home Minister informed the Chief Minister that the proposal of the State Government for enhanced remuneration to SPOs is being pursued by the Ministry of Home Affairs. The issue of raising of Indian Reserve Battalions for J&K and effective utilization of State Police was also discussed in the meeting.

The meeting was attended by the senior officers of the Ministry of Home Affairs and the Government of J&K.