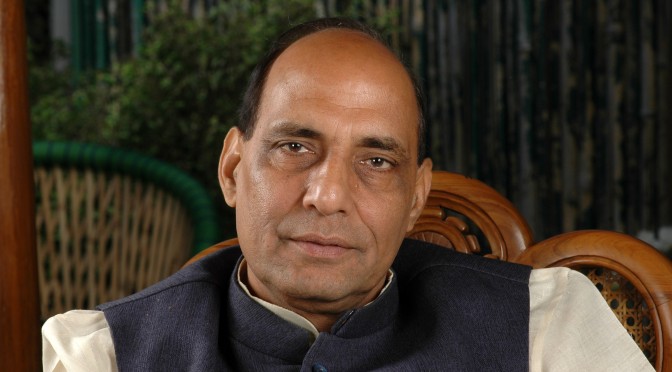 The four India-Israel Working groups on Homeland Security are due to hold their first meeting in India next month.

The Union Home Minister mentioned the strong bilateral ties in the Defence Sector and said that we need to carry this collaboration forward. The Union Home Minister asked Israel to take advantage of India’s raising FDI ceiling in Defence Sector to 49 percent and reiterated Prime Minister Shri Narendra Modi’s priority to promote manufacturing in India. Recalling his visit to Israel in November last year, Shri Rajnath Singh said, “Israel had expressed its desire to share cutting-edge weapons technologies with India. Both the countries are willing to move forward.”

Noting that non-military bilateral trade crossed $4 billion last year during the period Jan-Nov, 2014, Shri Rajnath Singh said that India’s interest in a Free Trade Agreement (FTA) with Israel was particularly in the Services Sector. “We would need a good offer in Services to make the FTA attractive for the Indian industry,” he said.

The Union Home Minister mentioned that the two countries have mutual respect for each other and assured full cooperation to the Israeli delegation.