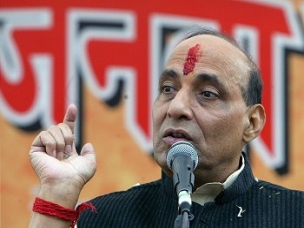 The Joint Working Group and the Home Secretary Level Talks between India and Bangladesh were held here on February 16-17, 2015. The meetings discussed in detail security and border management related issues between the two countries.

During the meetings, both the countries agreed to enhance cooperation in border management by way of a coordinated border management plan, increased joint patrolling for reducing the crimes being committed by criminals and smugglers and higher vigil on the border by deployment of troops of Bangladesh in unguarded border areas of Bangladesh, particularly along the borders facing Tripura and Mizoram.

The Indian delegation appreciated the steps taken by the Bangladesh authorities in acting against the carriers of fake Indian currency notes, and action taken against the Indian Insurgent Groups (IIGs) taking shelter in the bordering areas of Bangladesh. Both the countries also agreed to act against the criminals engaged in human trafficking from Bangladesh to India and other countries.

After a long time, the meetings of Deputy Commissioners/District Magistrates of the districts bordering India and Bangladesh have been resumed. Both the countries have expressed satisfaction over these meetings which have proved very fruitful in resolving local issues immediately without following the long process of referring the matters to the respective Central Governments.