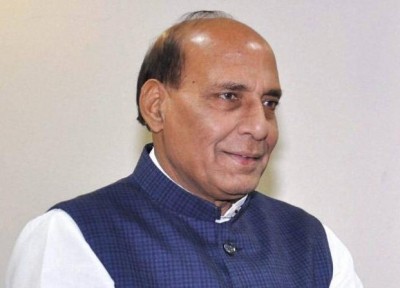 The Union Home Minister, Shri Rajnath Singh has telephonically discussed with the Chief Minister of Jammu and Kashmir the flood-like situation in the state due to increasing water levels in Jhelum River at Srinagar. He assured full central assistance to tackle the situation.

A meeting of the National Crisis Management Committee (NCMC) was held here today under the chairmanship of Cabinet Secretary, Shri Ajit Seth to take stock of the flood like situation in Jammu & Kashmir and to review the arrangements made or required to be made to deal with the situation. The meeting was attended by the Secretaries/Sr. Officers of the relevant departments of the Government of India. The Chief Secretary, J&K and other officers of the State Government participated through Video Conferencing.

The Chief Secretary gave a brief account of the ground situation indicating that river Jhelum is flowing above danger mark at certain places and as a result, flood alert has been issued by the State Govt. He remarked that State Govt. is geared up to deal with the situation and all the steps have been taken to safeguard life and property from the flood waters. They have adequate sand bags and river bank reinforcement material. As a precautionary measure adequate quantities of rice, potable water and medical supplies are being stocked at various locations. There is no shortage of various types of fuel as there is a minimum stock level of all varieties of fuel for 10 days. The Chief Secretary, J&K Govt. about the additional requirement of rescue boats and depumping sets.

The National Highway 1-A between Jammu and Srinagar which is blocked due to landslide is likely to be cleared for vehicular traffic today itself. The Cabinet Secretary reviewed the preparatory arrangements made to handle the flood situation in J&K and issued necessary directions to all departments of the Govt. of India to provide all possible assistance to tide over the crisis.