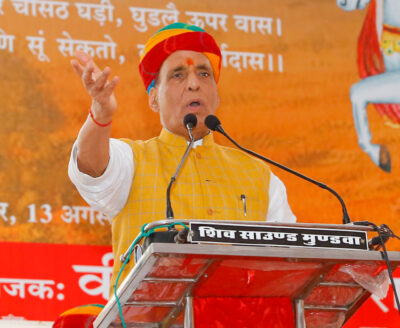 Foolproof security apparatus in place to protect the country from anyone who casts an evil eye, says Raksha Mantri at an event in Jodhpur, Rajasthan

Government has created a foolproof security apparatus to ensure that no anti-India element can cast an evil eye on the sovereignty, unity and integrity of the country. This was stated by Raksha Mantri Shri Rajnath Singh at the unveiling of statue of renowned Marwari warrior Veer Durgadas Rathorein Jodhpur, Rajasthan on August 13, 2022. Shri Rajnath Singh asserted that the Government, under the leadership of Prime Minister Shri Narendra Modi accords top priority to the safety and security of the people of India andassured the Nation that a befitting reply will be given to anyone who tries to disturb peace and harmony in the country. He stated that the Armed Forces are being equippedwith the latest weapons/platforms, adding that they are ready to deal with all future threats and safeguard national interests.

The Raksha Mantri underlined the importance of achieving self-reliance in defence production to build a strong military and said that Ministry of Defence has undertaken a number of reforms to manufacture indigenous weapons/platforms for the Armed Forces under the ‘Aatmanirbhar BharatAbhiyan’. He listed out some of the reforms, including earmarking 68 per cent of the capital procurement budget for domestic industry in 2022-23 and allocating 25 per cent of domestic capital procurement budget for private industry.

Shri Rajnath Singh added that due to the measures taken by the Government in the last few years,India has leapfrogged to find a place among the top 25 defence exporters of the world.“By the end of this decade, India will not only make defence equipment for itself, but also fulfil the needs of friendly foreign countries. ‘Make in India, Make for the World’is the new mantra of our Department of Defence Production. Our resolve is to make India a net exporter of defence equipment in the times to come,” he said.

The Raksha Mantri paid glowing tribute to Veer Durgadas Rathore on the occasion, terming him as the symbol of social harmony, honesty, bravery and devotion. He stated that people, irrespective of caste or religion, should take inspiration from Veer Durgadas Rathore, who strived for peace and harmony against divisive elements in society. 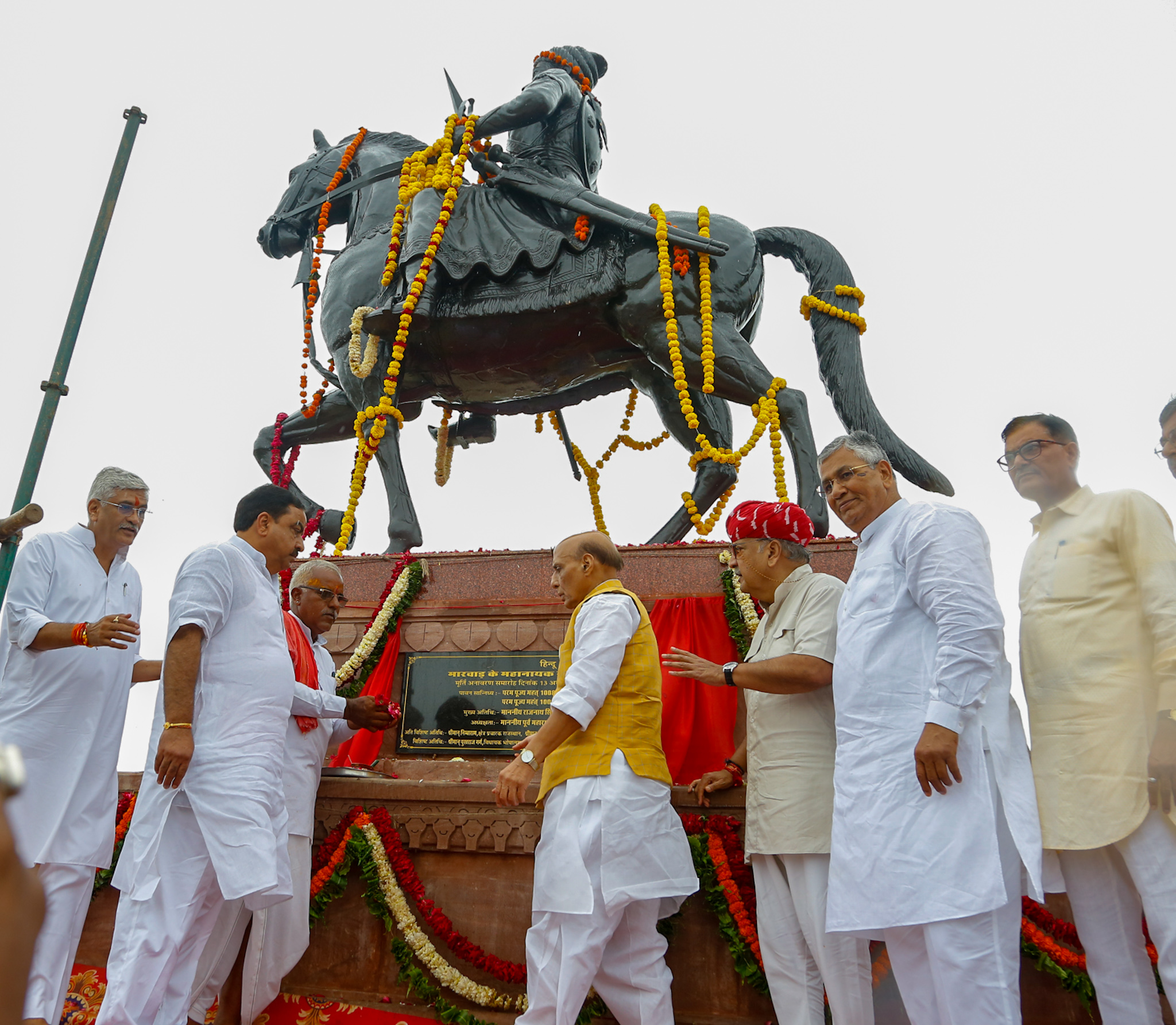