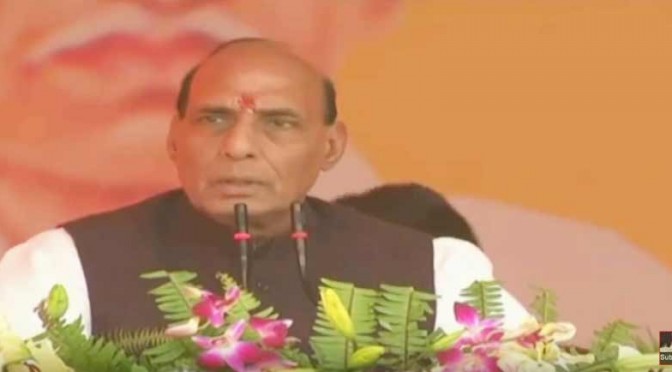 The Directorate of Coordination, Police Wireless (DCPW) will celebrate its 70th Raising Day on February 19, 2016. The Directorate came into existence this day in 1946 initially as “Inspectorate of Wireless” and was later accorded the status of Directorate of Coordination (Police Wireless), a subordinate Organization, under Ministry of Home Affairs in 1950. It is entrusted with the responsibility of coordinating for developing and establishing the Police Telecommunication network in the country and also to advise MHA on all Police Telecommunication matters.

The DCPW operates a round-the-clock Inter State Police Wireless (ISPW) Network through its 31 stations in all States capitals/UTs for delivering emergent messages pertaining to law and order. It has an extensive network of Very Small Aperture Terminals (VSATs) spread over the entire country and extending connectivity to all district/state head quarters and National Capital Delhi through its satellite based network namely Police Network (POLNET). This satellite based network has been actively involved in facilitating communication among various State Police/Central Armed Police Forces (CAPFs). The Directorate has an established High Frequency (HF) communication network at its HQ and Inter-State Police Wireless (ISPW) stations located in all State capitals and UTs. The DCPW is a nodal advisory body to the Ministry of Home Affairs for the Police Telecommunication in the country and for laying down technical specifications for communication equipment to be inducted in the Police Forces in the Country. It acts as a nodal agency for coordinating various police communication services of States/UTs/ CAPFs. Radio communication security matters for all State/UTs Police and CAPFs are also coordinated by DCPW. It is a member of advisory body for frequency allocation to Wireless Planning and Coordination Wing (WPC) of the Department of Communication and IT.

Acting as the Central Distributing Authority (CDA) for Cryptographic Documents and Devices being used by the State Police Radio Organizations, the Directorate runs the Central Police Radio Training Institute, a full-fledged National Level Police Wireless Training Institute to cater the needs of States/CAPFs and other security organizations to improve the efficiency of their technical, operational and cipher manpower. To meet the communication needs of State Police Organization /CAPFs, the Directorate maintains a reserve stock of radio communication sets. The DCPW has a technical workshop entrusted with the responsibility of carrying out serviceability testing/repair of Radio Equipments and its accessories.

Since the first Inter-State Police Radio Control Station was established in New Delhi in the year 1949, the DCPW has many landmarks to its credit. First use of Closed Circuit Television (CCTV) for `Crowd Control’ was done in the year 1974, during the Kumbh Mela at Haridwar. In the same year, the first use of ground-to-air communications for Police work with BSF aircraft and first facsimile (FAX) transmission for Police use in Tamil Nadu was also done by DCPW. In 1983, the Mobile Control Room was first used by Police in Delhi and first 800MHz Security communication System was established by Police for the Non-Aligned Summit Meet. Work on implementation of `Pilot Project’ relating to the National Police Telecommunication Network Plan was initiated by DCPW in 1990. In 2003, a DCPW Team visited Afghanistan for restoring their communication under the directions of the Ministry of External Affairs. During the 2004 Asian tsunami, telecommunication link were restored in the ravaged Andaman & Nicobar Islands by an expert team of DCPW using POLNET VSATs terminals. In the SAARC Conference-2008 held in Islamabad, DCPW presented Concept of Networking SAARC Police Heads for exchange of Information. In September 2014 when Srinagar was flooded, an Emergency Team was rushed from DCPW to restore Wireless Communication with Delhi and the task was accomplished successfully. In April 2015 also, during Nepal Earthquake, a team was rushed to Kathmandu from DCPW to restore Wireless Communication between Indian Embassy, Kathmandu and New Delhi and supported NDRF team in relief and rescue mission.