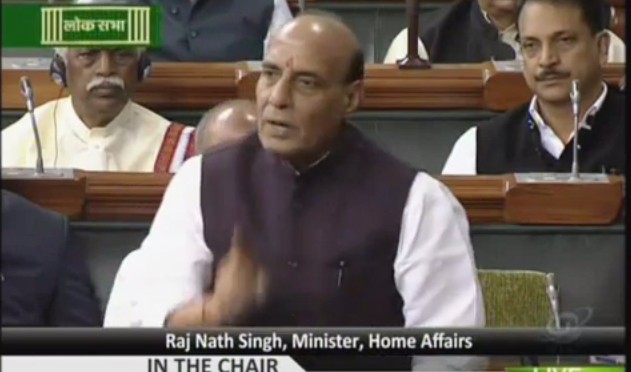 Shri Nirmal Roy, President of the Greater Cooch Behar People’s Association and a group of leaders of the Association met Shri Rajnath Singh, Union Home Minister here today at his residence along with Shri S.S. Ahluwalia, Member of Parliament from Darjeeling in West Bengal.

The delegation submitted a memorandum to the Home Minister containing a set of demands for social, economic, linguisticand cultural development of Cooch Behar region and areas of the erstwhile Cooch Behar State. Union Home Minister assured the delegation that demands raised by them would be looked into in consultation with all the stake-holders. He stated that the Government is committed to the socio-economic and cultural development of all regions within the framework of the Constitution of India. The leaders of the delegation expressed satisfaction after meeting the Union Home Minister and on his suggestion offered to bring to an end their on-going agitation at JantarMantar in New Delhi.