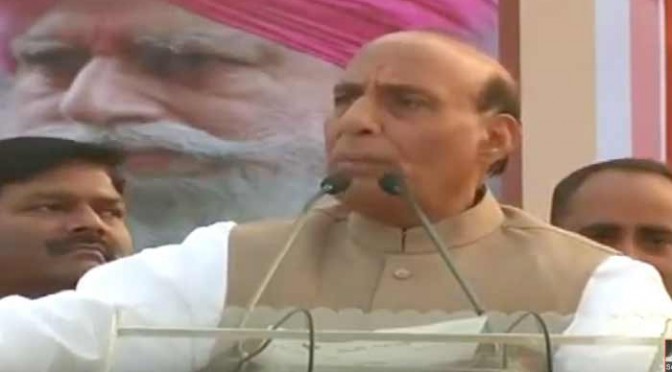 The Union Home Minister Shri Rajnath Singh said that cyber crime is the biggest challenge these days with the development and access to technology across the globe. He was addressing the 8th ASSOCHAM International Security Summit held here today.

Shri Rajnath Singh expressed his deep concern over the exponential growth in the figures of cyber crime. He said that earlier the crime used to originate from land, water and air. In the 20th century, the dimension of space was added to it. But now a days, the cyber crime is showing exponential growth in its number, which is a matter of serious concern, keeping in view the reach of mobile phones and internet across the globe including the far-flung areas. The main problem with cyber crime is its detection and prosecution, as it is faceless and borderless, he added.

The Minister said that the cyber space is being used to radicalise the minds of youth. He said the Expert Group constituted in the Ministry of Home Affairs to prepare a roadmap for effectively tackling cyber crimes in the country has recommended to set up an Indian Cyber Crime Coordination Centre (I4C) to fight against cyber crimes in the country. He said that with the increasing inter-connectivity in the world, the challenges will come and we must find ways to tackle these challenges and address the security loopholes in the networks.

Earlier in the day, addressing the Summit, the Minister of State for Home Affairs, Shri Haribhai Parathibhai Chaudhary said that we are fully prepared to thwart all types of security challenges, be it cybercrime. He also said that the Government has started a process to transform the law in accordance with the technological advancement.