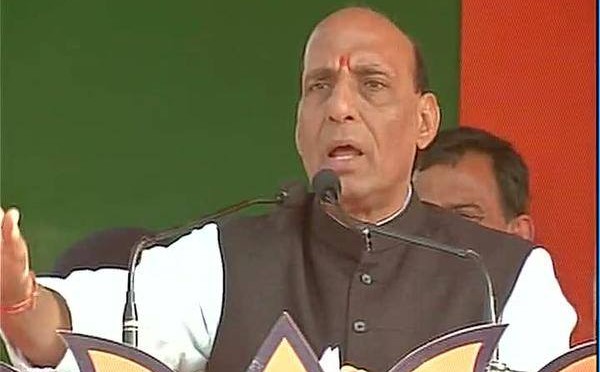 The Union Home Minister Shri Rajnath Singh met with the Union Minister for Law and Justice Shri D. V. Sadananda Gowda and Union Minister for Chemicals and Fertilizers Shri Ananthkumar here today and discussed the situation in the aftermath of the blast in Bengaluru last night. Shri Rajnath Singh said the Centre is waiting for details about the incident from the State Government and informed the media that the Intelligence Agencies are working on this case. He added that if required, the case could be handed over to the National Investigation Agency (NIA). Earlier, Shri Rajnath Singh reviewed the Bengaluru blast situation with the Heads of Security and Intelligence Agencies and Senior Officials of MHA. The Union Home Minister last night spoke with the Karnataka Chief Minister Shri S. Siddaramaiah immediately after the Bengaluru blast and was apprised of the situation. Shri Rajnath Singh offered Shri Siddaramaiah that the Centre is ready to provide all help. The Union Home Minister said the Centre has suggested to the State Government that CCTV cameras should be installed at public places in Bengaluru and other main cities.