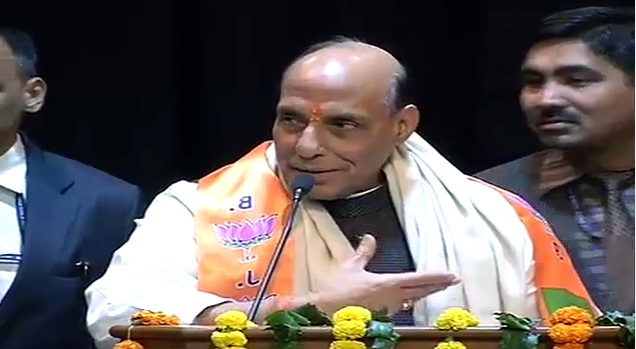 The 10th Raising Day celebration of National Disaster Response Force is going to be held on January 21, 2015.

The Union Home Minister Shri Rajnath Singh will grace the occasion as the Chief Guest. The Raising Day function will be held at Kothari Auditorium, DRDO Bhawan, New Delhi. During the occasion, Dr. P. K. Mishra, Additional Principal Secretary, PMO is going to deliver a lecture on “Disaster Preparedness and Response: Some Insights”.

The NDRF has also arranged a live demonstration to create awareness about the disaster management/response at Hamsadhwani Open Air Theatre at Pragati Maidan, New Delhi. Shri Kiren Rijiju, Minister of State for Home Affairs will grace the occasion as the Chief Guest of this programme.

The NDRF raised on January 19, 2006, is a specialised force capable of responding to any type of disaster in the country and abroad. It is strategically deployed across the nation as per the vulnerability profile of the country. The Ministry of Home Affairs has sanctioned 23 field locations for deployment of NDRF teams as Regional Resource Centres to ensure quick response in the event of a disaster. NDRF provided relief and rescue operations in a number of disasters including floods, train accidents, building collapse incidents, landslides in various parts of the country during the last year.

Apart from rescue and relief operations, NDRF is also active in community capacity building for disaster response and imparting training to State Disaster Response Force (SDRF). One Urban Search and Rescue Team of the NDRF is slated to get International External Classification from International Search and Rescue Advisory Group (INSARAG) by mid-2016 under the guidance of Swiss Development Corporation, Switzerland.