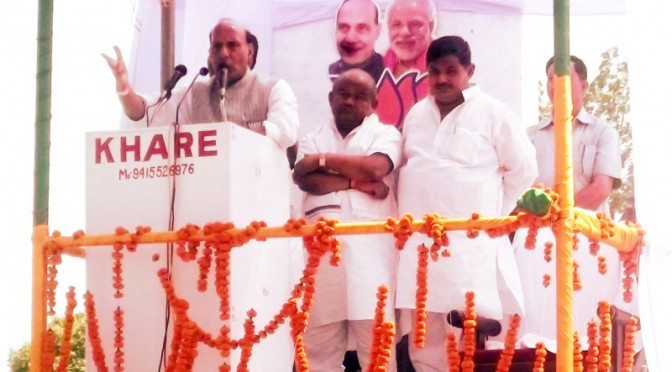 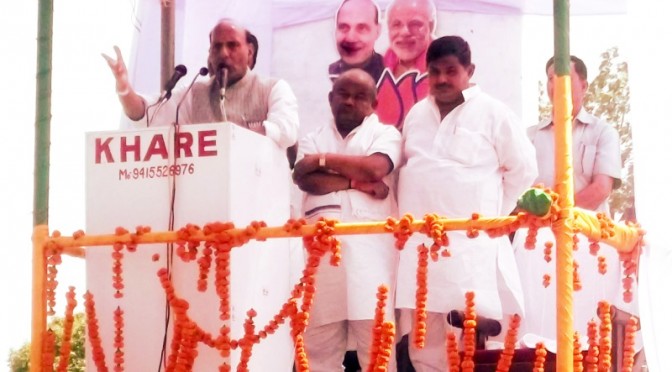 While campaigning for BJP candidates in four constituencies of Uttar Pradesh I urged the voters to vote for the BJP as India has developed an image of a ‘soft state’ during the UPA regime.

Even smaller countries are defying us. China is intruding on our borders, claiming Arunachal Pradesh. Pakistani troops infiltrated into our territory, killed our soldiers, beheaded them, but Soniaji and Dr Manmohan Singh were silent.

Don’t think that our army is weak. Give it a free hand and see how strong it is. But that needs courage, and the Prime Minister and Sonia Gandhi don’t have this courage.

We want better relations with our neighbouring countries but we should not compromise with our national pride.