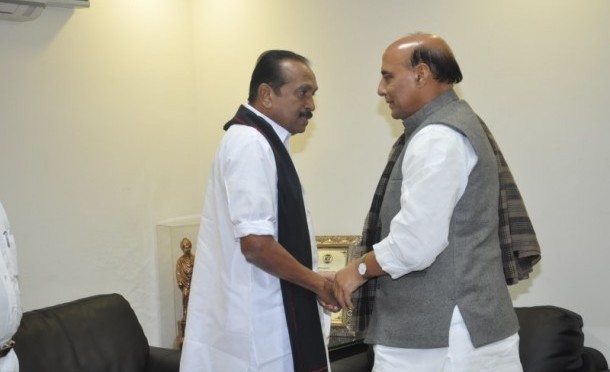 After formalising their alliance for the Lok Sabha elections, MDMK chief Vaiko on Thursday met BJP president Rajnath Singh here to initiate discussion on seat sharing in Tamil Nadu. With BJP’s prime ministerial candidate Narendra Modi’s rally scheduled in Chennai on February 8, both the parties are trying to find a foothold in the State where BJP has little presence.

Vaiko, who was earlier part of the NDA returned to the fold to jointly contest the 2014 elections. The BJP is also wooing other smaller parties in the State to stitch together an alliance. After the meeting, Rajnath Singh tweeted: “The meeting lasted about 25 minutes. We had a fruitful discussion on the 2014 general elections.”

Vaiko told reporters, “The BJP led National Democratic Alliance is going to win hands down. There is a Modi wave in the country.”