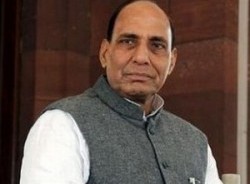 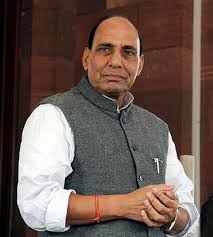 In a rare gesture, the US flag was flown in honour of BJP chief Rajnath Singh at Capitol Hill in Washington at the behest of Congressman Eni Faleomavaega on April 30.

This was first time that such a gesture was made for an Indian political leader. The flag was flown on the day when voting was held in Lucknow, where Singh is BJP candidate. “Shri Rajnath Singh, president of BJP, born into a farmer’s family, educated in a village, a brilliant student who completed his MSc Physics, entered politics in 1974, and together with Shri Narendra Modi and the love and affection of the people of Lucknow is taking forward the historic work of transforming India,” according to a certificate issued by Stephen T Ayers, Architect of the Capitol. ET has a copy of this certificate.

Faleomavaega is a member of the US House Foreign Affairs’ Subcommittee on Asia and Pacific, which has broad jurisdiction for US foreign policy affecting the region, including India. US Congressmen have been under pressure from Indian-Americans to engage with Modi.