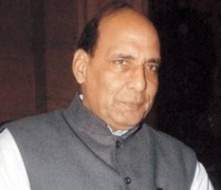 UPA’s budget is an attempt to gloss over its economic failures .

Finance Minister P Chidambaram’s Vote on Account on Monday was nothing but a failed attempt to gloss over the failures of the UPA government.

All he did was to juggle the numbers to come up with a fiscal deficit of 4.6 per cent for the year 2013-14, while rolling over fuel subsidies worth Rs 35,000 crore to the next fiscal just to arrive at better-looking fiscal numbers.Even his fiscal deficit target number of 4.1 per cent for 2014-15 is not credible as he has kept the total subsidy bill at Rs 2.46 lakh crore, which is the same as this year, without even accounting for Rs 35,000 crore as rolled over fuel subsidy.

The UPA government has been able to match its fiscal targets only by drastically cutting its planned expenditure.It means the government has reduced its investments in the economy.The announcement of One Rank, One Pension for the ex-servicemen is a welcome decision. The government dragged its feet for years, but when it realised that the BJP was committed to give ex-servicemen the benefits, it finally gave its consent.

Not much has been explained as to how the investments would flow in the Indian economy to give it a “booster”.Due to slower growth rate, spiralling prices and policy paralysis, the domestic and foreign investors are increasingly getting frustrated with India.

The government data itself indicate that in the first seven months of the current fiscal year there has been 15 per cent decline in Foreign Direct Investment (FDI) in the country.Recently, the Centre opened up even the railways to FDI which is a 100 per cent government enterprise.

This tendency of taking hurried decisions without consulting the major stakeholders is impacting the process of disinvestment as well because it increases uncertainty.The UPA government spelled out its National Manufacturing Policy in 2011, but there has been little follow-up action.

No real announcements have been made for the benefit of ailing agriculture sector. The farmers of the country today need an assured income from farming, institutional support and cheaper credit.The Interim Budget provides only for increased amount of nearly Rs 8 lakh crore to agriculture lending, but the interest rates have been kept unchanged.