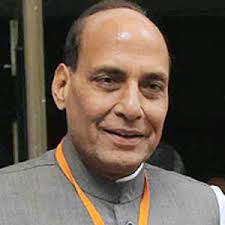 The ‘Vote on Account’ presented by the finance minister Shri P Chidambaram today was a failed attempt to gloss over the failures of the UPA Government. He juggled his numbers to come up with a fiscal deficit of 4.6 percent for the year 2013-14. He rolled over fuel subsidies worth Rs 35000 crore to next fiscal to arrive at a better looking fiscal numbers.

Even his fiscal deficit target numberof 4.1percent for 2014-15 is not credible as he has kept the total subsidy bill at Rs 2.46 lakh crore which is the same as this year without even accounting for the Rs 35000 crore as rolled over fuel subsidy.  Revenue deficit of 3.3 percent clearly indicate that the government has not made any effort to contain its fiscal profligacy. The UPA government has been able to match its fiscal targets only by drastically cutting its planned expenditure. It means the government has reduced its investments in the economy.

Although Shri Chidambaram rightly identified the miserable state of Indian manufacturing sector but he could not come up with any concrete measures to boost investments in the sector. The UPA Government spelled out its National Manufacturing Policy in 2011 but there has been little follow up action in subsequent years. The Interim Budget says that eight national manufacturing zones have been approved along the Delhi-Mumbai corridor but we all know that the entire project is moving at a snail’s pace due to delay in clearances and decision making.

Manufacturing and the agriculture sector are the two important sectors which provide employment to millions of people in the country and it should be revived on a priority basis. Unfortunately there is no clarity and direction on both these sectors in the Interim Budget.

No real announcements have been made for the benefit of ailing agriculturesector. The farmers of the country today need an assured income from farming, institutional support and cheaper credit. The Interim Budget provides only for increased amount of Rs nearly 8 lakh crores to agriculture lending but the interest rates have been kept unchanged.

Since the BJP believes that it will form the next government after the Lok Sabha polls we assure the people of the country that we will address all the key issues facing the economy and put the country on a higher growth trajectory.