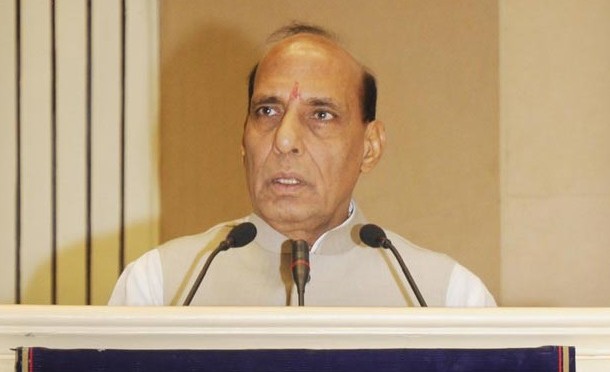 The government is ready to talk to northeast insurgents as well as Maoists if they shun violence, Home Minister Rajnath Singh said on Monday. Replying to a debate on the working of home ministry in the Rajya Sabha, Rajnath Singh said: “Left wing extremism is a big challenge for the country but the government will not allow anyone to indulge in violence. If they shun violence, we are ready to talk.”

On the northeast insurgents, the minister said: “We are ready to talk with any extremist group under the purview of the constitution. Peace in northeastern states is our priority.” The home minister added that every Indian citizen will get identity cards within three years to end the problem of illegal migrants.

The reply, which lasted nearly two hours, tested the patience of Rajya Sabha members, with several of them urging the minister to conclude. Deputy Chairman P.J. Kurien also asked Rajnath Singh a few times how much time he is going to take to complete his reply.

The reply only ended at about 9.30 p.m. Rajnath Singh made it a point to reply to all points raised by the members, and addressed issues ranging from insurgency, to communal harmony. Congress leader Satyavrat Chaturvedi went ahead to say that they will not ask the home minister any questions again, while his party colleague Anand Sharma was seen gesturing at the minister with folded hands.

When some members complained of being hungry, Communist Party of India-Marxist leader Sitaram Yechury said in a lighter note that communists are habituated of being hungry, but the house must take a break so that food can be arranged for other MPs. When the minister finished his reply, Kurien complimented him and said: “The House compliments you for replying to every member’s point.”