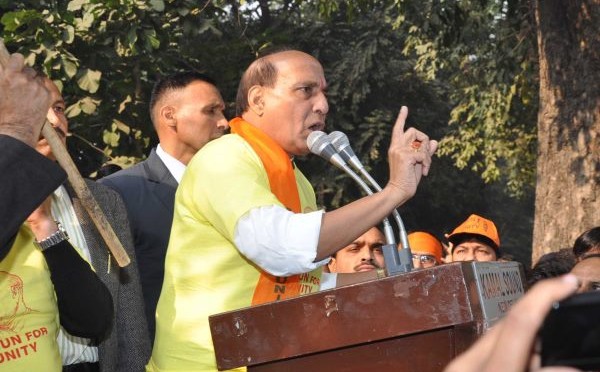 BJP President Rajnath Singh today alleged that the Congress was responsible for the killings of Sikhs in the capital. Talking to the media on the sidelines of a workshop organised by the party state unit for its newly elected legislators here this afternoon, the saffron party Chief held that the then Prime Minister Rajiv Gandhi’s comment about impact of falling of a huge tree, itself was itself an indicator. Congress always practiced politics of divide and hatred among communities and people, whereas the BJP strongly believed in human values-oriented approach, he added.