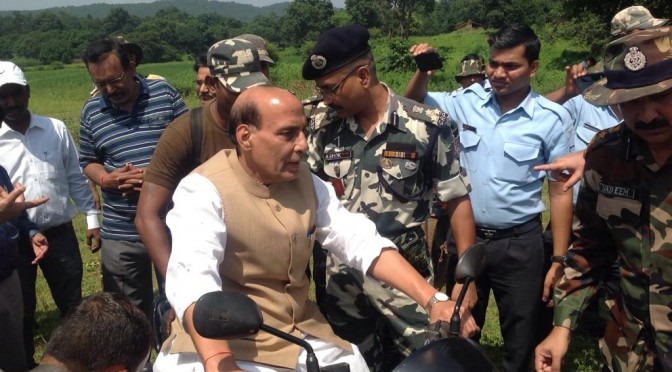 Rajnath Singh visits Naxal-affected areas in Jharkhand, says there is no place for violence 23 sept 2014 .

Ranchi: Union Home Minister Rajnath Singh on Tuesday said that there is no place for violence during his visit to the Naxal-affected areas in Jharkhand.

He also appealed to the Maoists to give up violence and enter into a dialogue in order to find a solution to the problems, the ANI reported.

Singh reached the airport early morning from where he travelled to Saranda, which was the hotbed for the Maoist activity in the state earlier.

He also interacted with the tribal women.

He is due to review the security situation in the affected areas of the state.

Around 18 out of the total 24 districts of the state are affected by LWE.