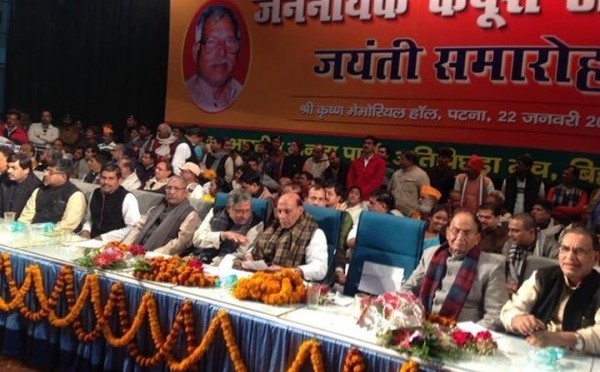 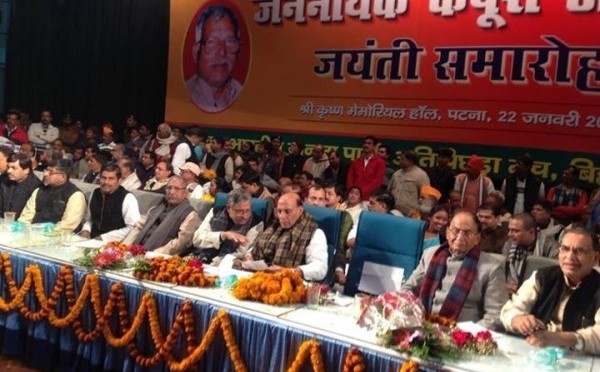 BJP president Rajnath Singh today rubbished Bihar Chief Minister Nitish Kumar’s comments on Narendra Modi that the 2002 riots could never be “forgotten or pardoned” and said he has already got a clean chit from the court.

“Narendra Modi has been given clean chit by a Gujarat court in the 2002 riots. Just putting some blame on him does not hold any relevance,” Singh told reporters after a party function to mark the birth anniversary of veteran socialist leader Karpoori Thakur.

Modi has been drawing mass support and people are rooting for him to see him as the next Prime Minister of the country, he said.

Nitish Kumar, a known detractor of the BJP PM pick, had on Monday said what had happened in Gujarat in 2002 cannot be “forgotten or pardoned”.

“You may talk anything, but what happened in Gujarat cannot be forgotten or pardoned,” Kumar had said reacting to Bollywood actor Salman Khan’s reported statement as to why Modi would seek pardon for Gujarat riots after he was cleared by the court.

The BJP president refused to entertain any question on Delhi Chief Minister Arvind Kejriwal or his cabinet minister Somnath Bharti saying BJP spokesmen have already expressed the party’s views on the matter.

BJP’s preparation for the coming Lok Sabha elections was in full swing at states as well as at the national level, he added.