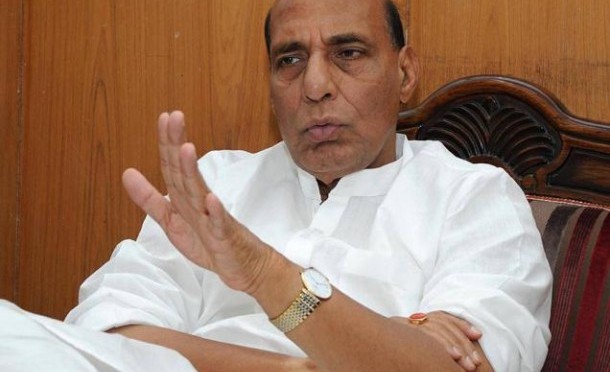 Union Home Minister Rajnath Singh on Monday met heads of various paramilitary forces and chiefs of Central security agencies and asked them to prepare a road map for strengthening the country’s internal security.

During the meeting, which lasted for 30 minutes, the Minister made it clear that while developing the road map the security agencies should keep in mind the development aspect as well.

While taking over as the Home Minister, Rajnath had asked his officials to come up with out of the box ideas for internal security and better coordination between the Centre and states.

He had said that the blueprint should also contain ideas to resolve border disputes with neighbouring countries without compromising national interests.

Crucial divisions dealing with internal security, Naxal management, Centre-State, North-East and Jammu and Kashmir have also been directed to prepare a road map to improve internal security architecture in the next few days.

Singh has already been briefed about the problems along the international border, like infiltration from Bangladesh and dispute with Pakistan on Sir Creek, and ways to resolve them.