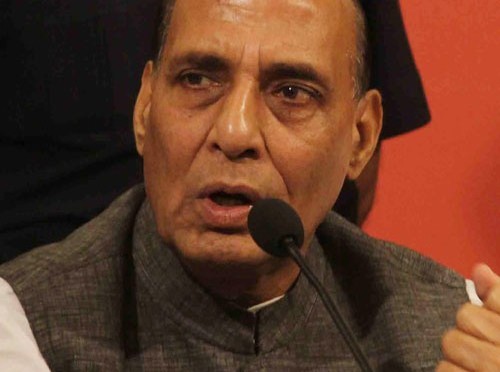 BJP president Rajnath Singh on Tuesday demanded a CBI probe into multi-crore mining scam in Odisha. Addressing a public rally at Baramunda ground here, Rajnath referred to Justice M B Shah Commission report, recommending investigation by the central probe agency. “Such a demand should have come from the CM (Naveen Patnaik). If Rahul (Gandhi) wants to stop corruption, he should ask the Centre for CBI inquiry. But they are mum,” he said at the party’s ‘Vijay Sankalp Samavesh’. The Centre had constituted the commission in November 2010 to inquire into the allegations of large-scale illegal mining operations in various states, including Odisha. The Union government on Monday placed the panel report in connection with Odisha and its memorandum of action (MOA) taken. However, the MOA is silent on the need for a CBI probe. The BJP chief said the government has placed only one volume of the report and demanded all volumes of the report be put before Parliament at the earliest. Blaming the Centre’s ‘inaction’ behind irregularities in mining sector, the BJP leader said Congress has failed to ensure passage of Mines and Minerals (Development and Regulation) Bill (MMDR Bill). “If the bill is passed, the state would get 26% share in profits from mining,” he said. Rajnath termed both the Congress-led government at the Centre and BJD government in state anti-people and anti-farmer. “The Chhattisgarh government is facilitating bank loans to farmers at 0% interest. But farmers in Odisha pay 8 to 12% interest,” he said. Rajnath promised that if Modi becomes PM, the government would provide soft loans to budding entrepreneurs. (Source:https://timesofindia.indiatimes.com/city/bhubaneswar/Rajnath-digs-up-mines-scam/articleshow/30275559.cms)