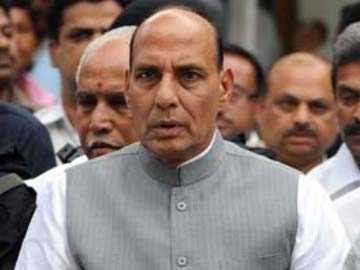 Bharatiya Janata Party (BJP) president Rajnath Singh here on Sunday promised industrial aid to Punjab and introduction of a special agriculture budget, on the lines of the one for railways, while addressing the ‘Fateh Rally’.

Rajnath tried to woo the younger voters by saying that if elected to power, the saffron party would reduce the rate of interest on loans so that unemployed youth could become self employed.

He also took on the Congress on the issue of corruption, saying that Rahul Gandhi should’ve been more pro-active in fighting graft during the party’s past nine-and-a-half-year rule. He added that the party, if elected to power, would bring back black money to India.

Rajnath also praised Punjab chief minister Parkash Singh Badal, saying that he had done a lot for Punjab, especially in the sectors of power, industry and, agriculture. Rajnath Singh also promised additional aid to Punjab if the BJP was elected to power. He gave the example of the Progressive Punjab Investors Summit, saying that Badal brought an investment of around Rs. 65,000 crore because of the summit.