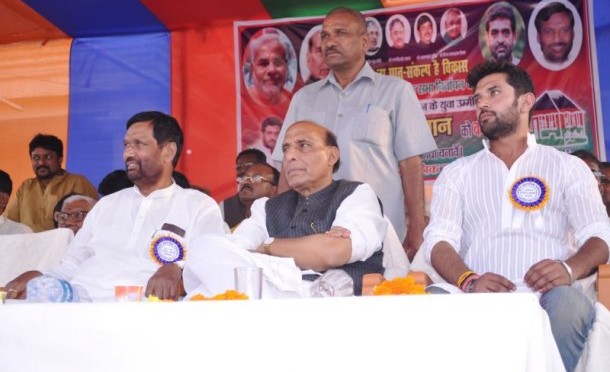 Addressing an election rally, accompanied by Bihar’s former deputy Chief Minister Sushil Kumar Modi, at the local Gandhi Maidan, where Rahul Gandhi had addressed a meeting on Tuesday, the BJP president said the Congress leader speaks without doing proper homework.He said this contradicting Rahul’s claim that water reservoir project on river Koel and Hariyahi Dam for providing irrigation facilities to farmers remained incomplete even after several years due to the negligence of the state government.

The fact is that both these projects are of the Central government and they are accountable for their slow progress, Singh, who addressed the rally in Bhojpuri dialect, said.The BJP President referred to last year’s incidents of the killing of Indian soldiers posted at the Indo-Pakistan border and alleged that the UPA government had failed to provide protection to soldiers.

He also charged the UPA government with neglecting farmers and said the scene was not the same when he was agriculture minister in Atal Bihari Vajpayee-led government and had introduced an insurance scheme for farmers to protect them.Singh also compared the NDA-rule with that of the UPA’s regime and said that while the former had created over 6.7 crore jobs, it was merely 27 lakh during UPA’s 2004 to 2010 term.