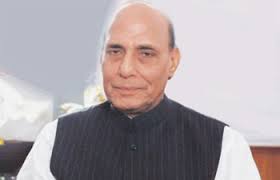 Proposal of identity cards for citizens a priority: Government

The issue of national identity cards for citizens has been prioritised by the government which today asked officials to bring proposals in this regard for approval at the earliest.

Singh gave the directions after meeting C Chandramouli, Registrar General of Citizen Registration, who gave a presentation on the project outlining its importance for national security.

“The present status of the project and further course of action were also discussed. The Home Minister directed that effective steps be taken to take the project to its logical conclusion which is the creation of the National Register of Indian Citizens,” a Home Ministry statement said.

It said the minister instructed that all necessary proposals including the updating of the database through linkages with the birth and death registration system and the issuance of national identity cards to citizens be brought for approval at the earliest.