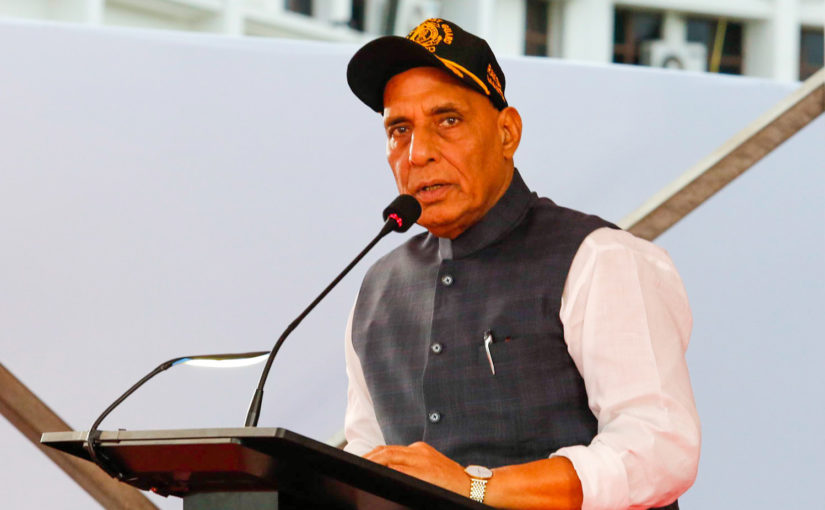 After Pakistan approached several foreign nations and the United Nations seeking intervention in the Kashmir matter, Union Defence Minister Rajnath Singh said talks with Pakistan will only be held when the neighbours stop harbouring terrorists. He also said that from now on, India will hold talks only on PoK.

Rajnath Singh was speaking at the Jan Aashirwad rally in Haryana’s Kalka Haryana on Sunday when he said that India is now only interested in talking about Pakistan-occupied Kashmir (PoK). Rajnath Singh perhaps implied that Kashmir is also out of the table now that Pakistan has continuously tried to internationalise the bilateral matter that is Kashmir.

He said, “Article 370 was abrogated in J&K for its development. Our neighbour is knocking doors of the international community and saying India has made a mistake. Talks with Pakistan will be held only if it stops supporting terror. If talks are held with Pakistan, it will now be on PoK.”

He added, “Few days ago, prime minister of Pakistan said that India is planning to take an action bigger than Balakot. It means that Pakistan PM acknowledges what India did in Balakot.”

While addressing the Pakistan National Assembly on its independence day, Imran Khan had claimed that Pakistan intelligence sources have revealed that India is planning a far bigger action in PoK compared to the Balakot airstrikes of February 26.

So far Pakistan had maintained that while IAF jets had entered its airspace and carried out strikes in Balakot, the air force had failed to do any damages. Pakistan went ahead and said that only a few trees in the area were destroyed in the IAF strikes. The authorities however refused to let any mediapersons go near the site and the area was put under strict vigil.

A flock of IAF jets carried out a pre-emptive air strike in Pakistan’s Balakot on February 26, days after the Pulwama terror attack and destroyed a prominent Jaish-e-Mohammed terror base, killing several militants housed inside the building.

Hinting at a shift in India’s nuclear policy, a few days ago Rajnath Singh said India’s ‘no first use’ nuclear policy is not cast in stone and may change in the future depending on circumstances.