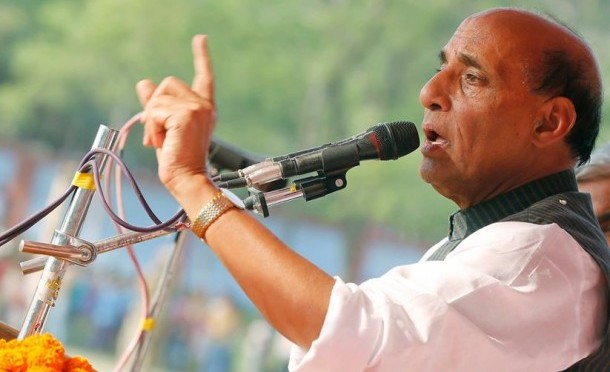 BJP president Rajnath Singh on Friday ruled out the possibility of a post-poll alliance and exuded confidence that the National Democratic Alliance (NDA) would secure 300 Lok Sabha seats.

Speaking to reporters ahead of an election rally at Thanjavur in Tamil Nadu, he said, “We are fully confident that the BJP-led NDA will cross this magic number — 272. We expect that the NDA will get approximately 300 Lok Sabha seats,” he said.

Asked if a post-poll alliance with the AIADMK would be possible in the wake of the recent attacks and counter-attacks by Tamil Nadu chief minister J Jayalalithaa and BJP’s prime ministerial candidate Narendra Modi, Rajnath said, “There will be no further alliance after polls. We are fully confident and we will get a clear and comfortable majority.”

Asked about the invidious comparison of development in Tamil Nadu and the Gujarat, Rajnath said the Gujarat development was not a myth because the Rajiv Gandhi Foundation headed by Sonia Gandhi appreciated the developments in Gujarat in 2008.

Rajnath accused both the DMK and the AIADMK of indulging in political vendetta. He said both parties were not concerned about the state’s development.

On Jayalalithaa’s recent accusation that the BJP was biased on the Cauvery issue, he said the issue would be resolved by dialogue between Tamil Nadu and Karnataka.

Calling the UPA an ‘unprogressive alliance,’ Rajnath said, “UPA’s governance is a governance of misrule. The BJP has announced Modi as prime ministerial candidate, but the Congress remains like a ship without captain. Rahul Gandhi is most a visible face in the campaign. But his unimpressive performance compelled Congress president Sonia Gandhi to come forward to defend his son,” he said