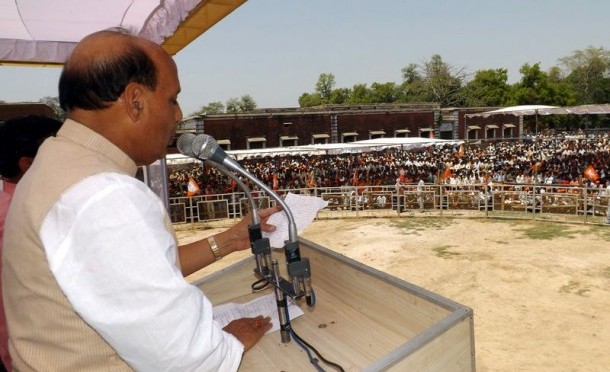 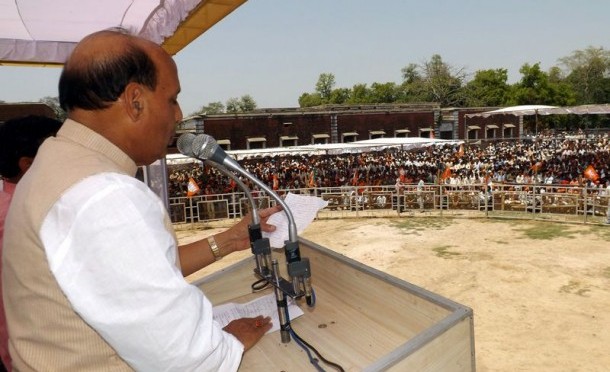 “Now the missile would do its work,” he said. Attacking SP and BSP, Singh said the parties were “also responsible for scams and price rise during the tenure of Congress-led UPA government.” He said it was due to the support of these two parties that Congress ran the government at the Centre.

“The reality behind the support (to Congress by the two parties) is that both Mayawati and Mulayam Singh Yadav are afraid of going to jail,” he alleged.

Hitting out at SP further, Singh said there was poor state of affairs and “jungle raj” (lawlessness) in Uttar Pradesh due to the head of the state. Singh said once BJP formed the government at the Centre, the process to bring back black money stashed in foreign banks would be started within 100 days. The money would then be utilised for the welfare of the people, he said.

“I have not come to ask support to run the government, but to seek support to save the country,” the BJP leader said. “Whether it is price rise, corruption or riots, everything will remain under control in BJP government,” he said.