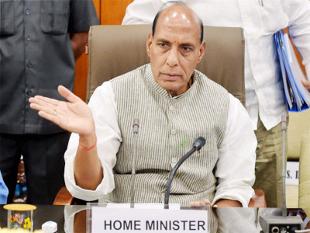 Ministry Of Home Affairs gets new handle on ‘Twitter’

Union Home Ministry today got a new handle on micro-blogging site ‘Twitter’ — @HMOIndia — to ensure a transparent and responsive government.

The new Twitter handle was launched by Home Minister Rajnath Singh today and the number of followers crossed 7,000 within a day.

The Twitter account was done in conformity with drive to ensure transparent and responsive government. “The Twitter handle of the Ministry will let the people know about the important developments taking place,” Singh was quoted as saying in an official release.

The move comes in the wake of reports that Prime Minister Narendra Modi asked all the ministers in his cabinet to open Twitter accounts and create Facebook pages.

The ministers have been asked to put various policy initiatives and decisions related to governance in the public domain and encourage more discussions on government policies, seek feedback and suggestions from the general public.

The previous regime had also started giving updates on Twitter from June 2011 but could post only 135 tweets till October 2011 after which it was never used. (Source:PTI)