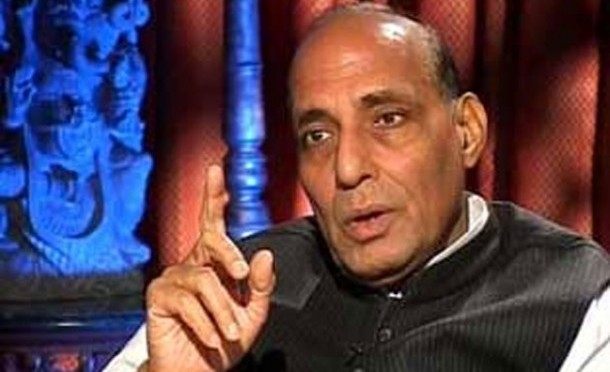 Seeking to scotch speculation about any change of plan after the elections, BJP President Rajnath Singh on Thursday said “only Narendra Modi will be the prime minister” and expressed confidence that the NDA will reach the 300-seat mark.

“Let me clarify that under any circumstances, it will be Modi who will be the prime minister. A moral authority is needed for the post besides administrative acumen. We have been projecting Modi for the PM’s post,” he said.

The BJP chief was responding to a query about speculation of his (Singh’s) being in the reckoning for the top job to rope in new allies, considering Modi’s divisive image, should NDA fail to get a clear majority.

“Atalji had 24 allies, Modi has 25,” the BJP leader said, adding “We are not a divisive party but an inclusive one.

“The NDA is marching towards a clear majority,” he asserted and added, “We can even achieve the 300 mark.”

To a query on RSS’ growing influence on the BJP, Singh said, “That tradition of a remote control is someone else’s. You must have read in Sanjaya Baru’s book.”

Asked about Union Finance Minister P Chidambaram dubbing Modi as “encounter CM”, he said, “The maximum number of encounters have been under the Congress regime. The Congress has been the most divisive and communal party.”

They did not pay heed to Gandhiji’s suggestion to wind up Congress after independence. Now the people will ensure a Congress-free India, he said.

The BJP chief also ridiculed the allegation that his party had spent Rs 10,000 crore on its poll campaign. “We have not appointed Congress as our auditor. They should first bother about the Rs 5.50 lakh crore scams exposed by the CAG,” he said.