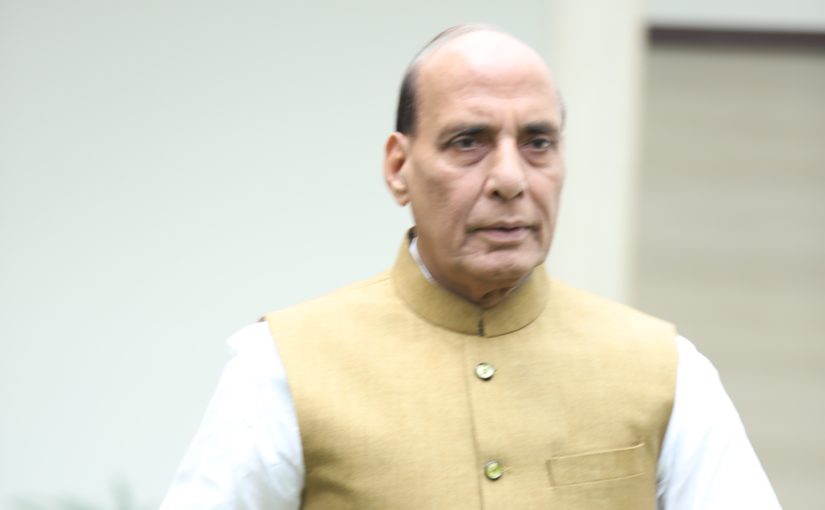 Pakistan has been making aggressive statements on Kashmir and has been trying to internationalise the issue. Do you perceive some threat on this front?

Pakistan needs to take care of its own internal problems. It needs to take care of its various regions. If it keeps going on the path of supporting terrorism, Pakistan will self-implode. This happened in the past, in 1971(creation of Bangladesh). And it can happen again, too. We do not need to do anything about it… Pakistan needs to leave its mindset of destabilising India through terrorism. When some talk of the two-nation theory, remember that Pakistan itself got divided into two on its own. The decision (on aggression) has to be made by Pakistan. We have never initiated offensive action against Pakistan.

You have said that talks with Pakistan need to be focused on Pakistan Occupied Kashmir. Is that a priority area?

The questions of talks will come only after Pakistan stops its support for terrorists operating from its soil. Our security forces are on alert to stop all plans to promote terrorism from across the border. On the PoK issue, I fully endorse the resolutions adopted by parliament.

For the upcoming assembly elections, why is the BJP talking more about Article 370 abrogation than development done in the last five years?

We are talking about development, too. It is natural that whatever work a political party does – be it related to development or an issue related to national unity and integrity – the country wants to know what you have done, what you will do. There is a tremendous response from the public on this issue. I felt that the country was waiting for it (abrogation of Article 370) for a long time and its expectations were only from BJP and NDA (that it will do it). Secondly, the country has full faith and confidence in the Prime Minister.

The Ram Mandir verdict is expected soon. What is your expectation?

I feel – whether the verdict is minority or majority – the court judgement will be accepted by all in the natural course. People and the whole country have faith in the court and whatever it decides.

How do you see the relationship with China and do you think there will ever be a joint threat with Pakistan?

We have good relations with China and we can never even think of such a thing. The border with China is peaceful – there are some differences in perception of the boundary line, but there are no tensions between the nations because of that. Our relations are good and it can be noted that when the Chinese President came to India, the matter of Kashmir was not even raised.

When it comes to defence modernisation, what is the priority of the government?

We want to focus on import substitution. The aim is to minimise imports and focus on developing our own arms and equipment under the Make in India programme. Our goal is to equip the Indian armed forces with equipment designed and developed locally by our research & development organisations and industrial entities, both private and public. India has maintained a diverse inventory of defence equipment for a number of years. The diversity in our procurement reflects the need to procure the best for our defence forces amongst available options. It is also aimed at protecting India’s strategic interests.

How do you see the role of the private sector in defence, its performance thus far, opportunities and potential?

We support both the private and public sectors. We have had a strong public sector traditionally, but in a short span, private companies have grown significantly. In 2018-19, private sector had a turnover of Rs 17,350 crore, which is over 20% of India’s total defence production. Private companies are now operating in all segments of defence production with quite a few integrated in the global supply chain. They are now manufacturing sophisticated weapons systems such as artillery guns, warships, electronic warfare systems and bulletproof jackets. Going forward, its participation is likely to be intensified.

The government has taken a number of initiatives to facilitate its participation in defence manufacturing. A major contribution to our growth in defence sector is by the private sector. We are actively promoting this with the help of several policy initiatives. We are witnessing tremendous interest in defence forces in developing and promoting startups and DRDO has decided to work increasingly with industry. Several new technologies developed by DRDO are being produced in partnership with industry. DRDO proposes to take this further.

How has the Strategic Partnership Model worked? What are the realistic expectations from this effort?

The SP model emerged out of our conscious decision to allow the Indian industry to manufacture major defence platforms such as fighter aircraft, submarines, helicopters and armoured vehicles. We have already launched some big schemes – submarine and helicopters – under the model. We are confident that these schemes will fructify in the prescribed time frame. The SP model will enhance technology absorption within the Indian defence industry and enable the country to emerge as a major arms manufacturing hub.

The Prime Minister, since his first term, has identified defence as one of the key sectors to showcase Make in India. But the gains have been modest. What steps do you plan to take to boost this?

The Make in India initiative is an extensive and ambitious project covering the entire manufacturing sector… The ministry of defence has taken a host of initiatives to transform domestic arms manufacturing. These include streamlining of defence procurement procedures, simplification of industrial licensing, increase in FDI cap, measures to promote exports like simplification of the process of granting no-objection certificate, opening of trial and testing facilitates for use by the private sector and several schemes to promote innovation within the industry like iDEX.

A Defence Investor Cell has been opened to address issues being faced by vendors, especially the MSME vendor. Two defence industry corridors were announced in Tamil Nadu and Uttar Pradesh to be set up in collaboration with the state governments to provide state-of-the-art infrastructure and facilities for setting up defence production facilities. A policy for indigenisation of components and spares used in defence platforms has also been notified recently. These initiatives have yielded rich dividends. Domestic defence production has reached a staggering Rs 80,500 crore in 2018-19 from Rs 74,121 crore in 2016-17. The Defence Procurement Procedures and Defence Procurement Manual, which are the guiding documents for capital and revenue procurement, are currently under review. The revised guidelines will provide further impetus to domestic arms manufacturing.

Defence exports have emerged as a focus area. How aggressively are we trying to identify a market for some of our indigenously manufactured weapons systems and ammunitions?

We have already announced a defence export strategy and a standard operating procedure to facilitate arms exports. We have also extended lines of credit to a few friendly countries to procure arms from our industry. Defence exports, which were negligible a few years ago, reached an encouraging Rs 10,745 crore in 2018-19. For 2019-20, the target is Rs 15,000 crore.

Do you think India must equip and prepare itself with the assumption of fighting a two-front war?

India’s defence preparedness is aimed at developing capabilities and capacities to deter potential adversaries and take all necessary steps to defend India’s territorial integrity and sovereignty. This includes maintaining a robust posture along borders and the intent and willingness to undertake appropriate measures as demonstrated in 2016 and 2019 in the face of repeated terrorist actions from across the LoC.

There is a view that the defence budget is insufficient if we are to build ourselves as bigger power with commensurate military influence, especially with regard to expanding our naval presence. What are your thoughts?

Defence preparedness is a national priority. The government will never compromise on it. I am confident that appropriate funds will be made available. India’s defence budget is a little over 2% of GDP and it amounts to over 15% of the total Union government’s budget. MoD’s total capital expenditure is nearly one-third of the total capital expenditure of the central government. The government is mindful of resource requirements to fund the committed liabilities as well as investment in new capabilities.

The government has added the idea of creating Rashtriya Suraksha Kosh to the terms of reference of the 15th Finance Commission. How do you propose this idea be taken forward?

The ministry has had detailed discussions with the 15th Finance Commission on this matter on August 30. The commission has assured the MoD that it would take into consideration all the suggestions made that would help to increase the overall capital space of the ministry, bring about predictability and help the ministry in its defence preparedness.

The US has been vocal in dissuading India from purchasing S400 system from Russia. It plans to impose sanctions on Turkey for the same. What is the government’s take on this?

India’s defence procurement decision is based on national interests. The decision to procure the S400 system is in line with our needs and is a part of India’s sovereign decision-making system.

You recently received delivery of the first Rafale fighter. But these are still just 36 in number. How do you propose to fill the shortage the Air Force faces?

The decision to buy 36 Rafale fighters off the shelf was to meet the immediate requirement of the Indian air force. It was a strong and decisive step by the Prime Minister. We are taking concrete steps to enhance the strength of the air force. The MoD is presently negotiating orders for 83 LCAs. The IAF has also initiated a proposal to procure additional fighters.

Is Uniform Civil Code on the agenda in the forthcoming winter session of Parliament?

We will see. The Lok Sabha Speaker and Rajya Sabha Chairman have to decide (on what issue is to be taken up). Till now, even the Cabinet Committee on Parliamentary Affairs meeting has not taken place.

At times, do the BJP’s relations with the Shiv Sena appear to be strained?

Do you think there could be problems with the Shiv Sena once the government is formed in Maharashtra?

It may demand that Aditya Thackeray be made deputy chief minister.
No, I don’t think so. There will be no problem. Whatever government is formed, it will be with all cohesiveness with our allies. There will be no shortage of cohesion.