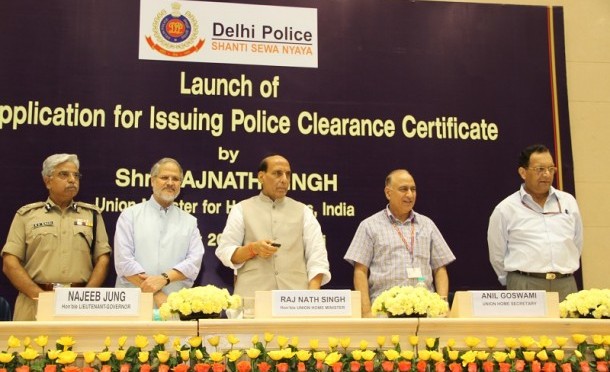 Asking the Delhi Police to become a model police force, Home Minister Rajnath Singh Friday said the Central government will fully back its personnel and protect their honour if they serve people with dedication, sincerity and honesty.

Inaugurating a web application of Delhi Police for issue of police clearance certificate for getting passport, visa and other services, the Home Minister said the Central government wants the Delhi Police to become a model police force and the Delhi government a model state.

“If that happens, the whole country will emulate Delhi,” he said at a function organised by the Delhi Police.

Maintaining that the country is facing a “crisis of credibility”, Singh asked all Delhi Police personnel to take it as a challenge and serve people with dedication, sincerity and honesty to gain confidence and goodwill of people.

“If you can do that I am fully with you. Our government will stand by you to protect your honour and prestige,” he said.

Terming the fresh initiative of the Delhi Police as “confidence building measure, the Home Minister said one lakh people will be benefited every year by this new service.

“This reflects how sincerely the Delhi Police is serving the people,” he said.