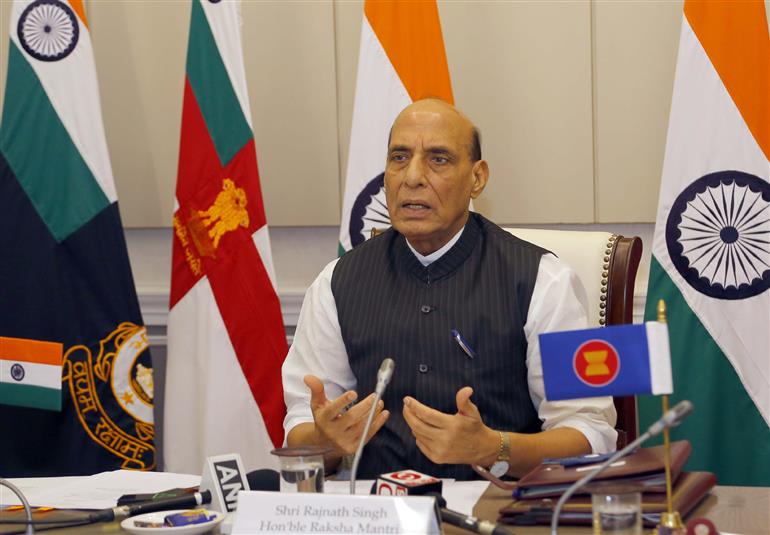 The Defence Acquisition Council (DAC), in its meeting held under the Chairmanship of Raksha Mantri Shri Rajnath Singh on June 04, 2021, has approved proposals concerning Capital Acquisitions of various equipment for modernisation and operational needs of the Armed Forces amounting to approx. Rs 6,000 crore.

In addition, the DAC also approved issue of RFP for construction of six Conventional Submarines under Project P 75 (I) under the Strategic Partnership (SP) Model. This project envisages indigenous construction of six conventional submarines equipped with the state-of-the-art Air Independent Propulsion system at an estimated cost of Rs 43,000 crore.

This is a landmark approval, being the first case processed under the Strategic Partnership model. This would be one of the largest ‘Make in India’ projects and will serve to facilitate faster and more significant absorption of technology and create a tiered industrial ecosystem for submarine construction in India. From a strategic perspective, this will help reduce current dependence on imports and gradually ensure greater self-reliance and dependability of supplies from indigenous sources.

This project under SP Model provides a unique long-term opportunity and planning certainty for the industry to invest and support submarine construction. It will also infuse the latest technology and weaponry for submarines in India through strategic tie up between Indian Industry and leading foreign OEMs.

There was a long pending need of the Indian Army for the modernisation of its Air Defence guns. These had been earlier procured only from foreign sources. With the continued thrust of the Ministry of Defence towards ‘ÁtmaNirbhar Bharat’ and ‘Make in India’, an enthusiastic response from about a dozen Indian companies was received. All of them have expressed their willingness and commitment to manufacture this complex gun system and associated equipment by ensuring technology assimilation in India. Accordingly, the DAC accorded approval of procurement of Air Defence Guns and Ammunition at an approx. cost of Rs 6,000 crore under the Buy & Make (Indian) category.