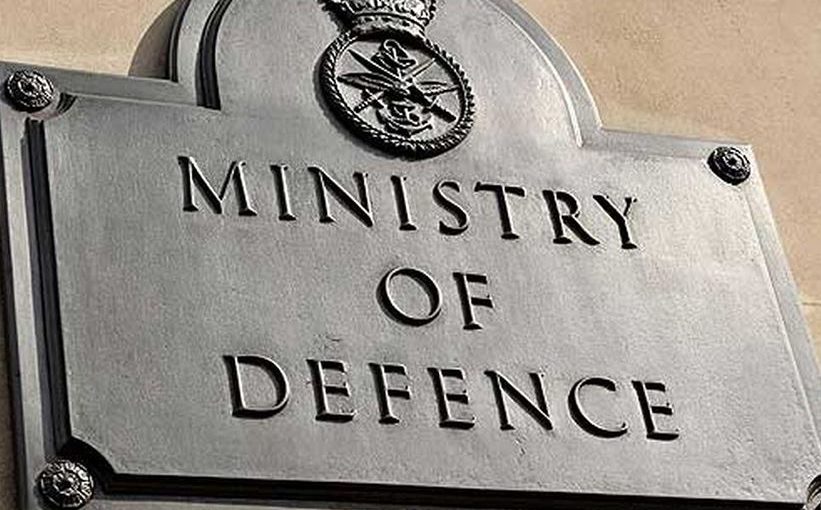 Defence ministry takes a shot at the startup game

A picturesque village with green paddy fields and swaying coconut trees seems far removed from the world of deep tech hardware and startups. But Pattimattom in Kerala’s Kunnathunadu panchayat is the home of EyeROV Technologies, which makes underwater drones. The drones swoop into waters too dangerous for divers, inspect what lies beneath, and report back in detail.

The rover can spot a crack in a dam 100 meters underwater or live stream corrosion in pipelines transporting oil. Data analytics and visualization help make timely decisions based on what the drones record. Soldiers sometimes have to cross treacherous rivers in a hostile environment. The waters are often ice-cold, currents strong, and visibility near nil. An underwater drone could go in first and tell the troops what to expect.

EyeROV and 11 other startups are part of a new initiative for defence innovation at the Forge incubator in Coimbatore. The Defence Research and Development Organisation (DRDO) was the first to use EyeROV’s drone at its Naval Physical and Oceanographic Laboratory to conduct underwater experiments in December 2017. EyeROV’s founders, IITians Johns T. Mathai and Kannappa Palaniappan P., had pitched their months-old product to a group of DRDO scientists and it was chosen over competitors from around the world.

“The feedback from DRDO was crucial,” Mathai recalls. The scientists wanted the drone to carry a 2kg payload. This helped later when EyeROV took its drone to Bharat Petroleum, Mumbai Port Trust, coastal police and dam operators last year.

Now, EyeROV’s underwater drones will help the Navy in reconnaissance and repair. The startup was picked by the defence ministry after a country-wide call from Innovations for Defence Excellence (iDEX), a programme started in April 2018 to equip the armed forces with cutting-edge technology by fostering startups.

The Defence Innovation Organisation—a not-for-profit company formed by public sector undertakings—got the army, navy and air force to come up with 11 requirements to kick off iDEX. These included unmanned underwater and airborne vehicles, see-through armour, body protection systems and new materials. It threw the challenge open to innovators.

Thousands—from startups to research scientists—made pitches and 44 winners were chosen a few months ago. These winners, including EyeROV, will receive ₹1.5 crore from iDEX to develop and commercialize products or technologies in close consultation with the armed forces.

“This could be the beginning of some Lockheed Martins from India,” Mathai says, eyes twinkling. He visited the Lockheed Martin facilities in Washington DC and Boston last October. He came away impressed with how the company, now the world’s largest defence contractor, built its first product 24 years ago with help from US government. He believes iDEX could do that for India.

“How can we get more Indian engineers to look at problems of defence and help reduce the cost of import, rather than just making the next Swiggys or Flipkarts? True, they created value, jobs and got the spirit of entrepreneurship going. But Indian engineers are second to none and you would want them working for defence. This was the premise on which we started creating the iDEX structure,” says Mudit Narain, programme director at NITI Aayog.

With experience as the founding manager of Atal Innovation Mission, Narain could speak the language of startups as well as government. “I saw myself as a translator—I could help these universes talk to each other and achieve innovation instead of indigenization, which is mostly reverse engineering oriented towards low-cost import substitution,” he says.

Traditionally, defence has had a procurement mindset—you choose from what’s available out there. So you buy a product instead of identifying a need and developing a product to meet that requirement. India is the world’s largest defence equipment importer and the procurement process favours mature companies with ready products. Indigenous innovation was confined to R&D labs funded by PSUs.

“You need to step away from this mindset for real innovation to happen. The user and the innovator have to ideate and iterate on products several times. That’s why the principles of co-creation, open innovation, and an investment model are wired into the core of iDEX,” Vishwanathan Sahasranamam, co-founder and CEO of Forge, explains. Forge is one of the six incubators iDEX is partnering with. “In India so far, defence has been doing a lot of indigenization but it’s not the kind of transformative innovation we would ideally want to gain a competitive edge,” he says.

Forge is working with 12 of the 44 innovators who won the initial grant from iDEX. A few, like EyeROV, have a product in the market. Others have backers besides iDEX and are working on multiple products.

An unlikely inclusion is a pair of aerospace engineering students: Akash Jayakumar and Akash Vineet. They had a recycling startup, R-Cube Plastics, and had no hope of winning when they applied to the iDEX challenge to build individual protection systems with built-in sensors.

“Everyone else had PhDs in their subjects, and we were not even electronics students. But we didn’t want to lose the opportunity,” Jayakumar says. They are going to be iDEX entrepreneurs-in-residence at Forge, building a monitoring system that will map the health of a soldier. “We will be connecting the squadron and the control base, so a commander will always know the strength of the soldiers,” says Vineet. The defence ministry is reportedly planning to spend ₹13,000 crores in the next five to seven years to modernize the armed forces. A fraction of that will go towards innovation with programmes like iDEX. But it may have already seeded an ecosystem of defence startups. After all, at least 44 high tech projects are off the ground.

But there are gaps. The startup world has little understanding of how government functions. The reverse is true too. For example, Narain has been in situations where founders don’t understand the difference between state and central government. There’s an immense gap between what Narain calls “the east and west coast of India”—the stereotype being the east coast of the US housing the government while the west is where innovation happens. “For many founders, ‘sarkar’ is one monolith they fear and abhor. They don’t understand the different arms, levels, ways of functioning,” he says. Similarly, the government has no real sense of how startups work. “Only recently when their children started working in startups or using startups to get them cabs or food have officials realised what startups are,” he says. He believes that with policy and initiatives like iDEX, the scene will change.