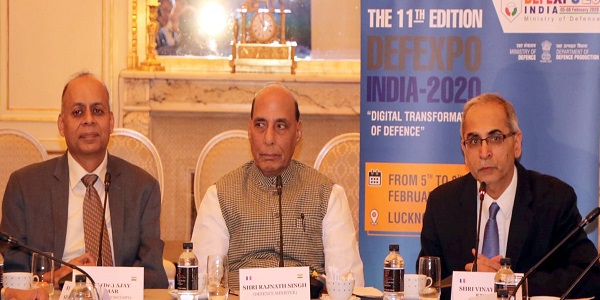 Defence minister Shri Rajnath Singh has termed his visit to France “extremely productive” as it saw handing over of the first Rafale fighter jet to the Indian Air Force.

During his three day-visit to France, Singh met French President Emmanuel Macron and also held talks with his French counterpart Florence Parly on ways to bolster the defence ties.

Thank you France! Merci!
This visit has been extremely productive.

The outcomes of this visit will further strengthen the defence cooperation between India and France. My gratitude to President @EmmanuelMacron, Minister @florence_parly & the Govt of France for their hospitality.

The defence minister had performed a ‘Shastra Puja’ on the new aircraft on Vijayadashmi on Tuesday as he emblazoned it with an ‘Om’ tilak and laid flowers and a coconut, just before he was to take off in it for a sortie in the newly-acquired two-seater jet.

He also addressed CEOs of leading French defence industries and called on them to collaborate in modernising India’s shipyards and defence platforms through the infusion of technology.