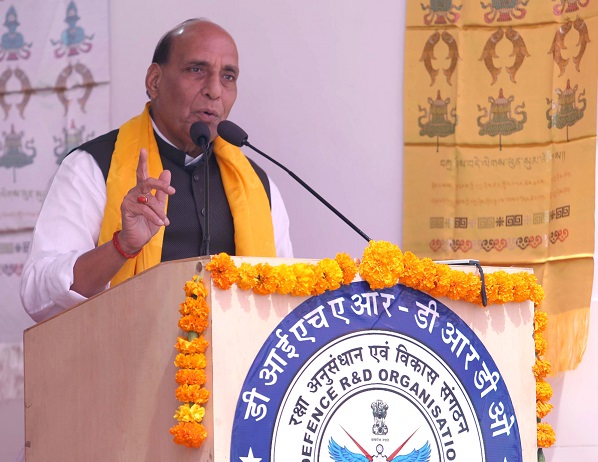 The mela was organised by the Leh-based Defence Institute of High Altitude Research (DIHAR) of DRDO, which was established in 1960 to meet the fresh food requirement of the soldiers deployed in the harsh terrain of Ladakh. Through the technologies developed by the institute, the Army is getting locally grown fresh organic farm produce.

As a spin-off of the technologies developed, farmers in Ladakh are able to produce a variety of fruits and vegetables resulting in improving their socio-economic condition. The interdependence created between the locals and the Army through the scientific endeavours of DIHAR has contributed to the socio-economic uplifting of the local farmers.

Rajnath Singh visited the experimental farm of DIHAR where technologies for production of quality organic fruits and vegetables are being demonstrated. He appreciated the contributions of DIHAR for the troops and local population and said the laboratory should now gear up for greater responsibilities in the prosperity of New Ladakh.