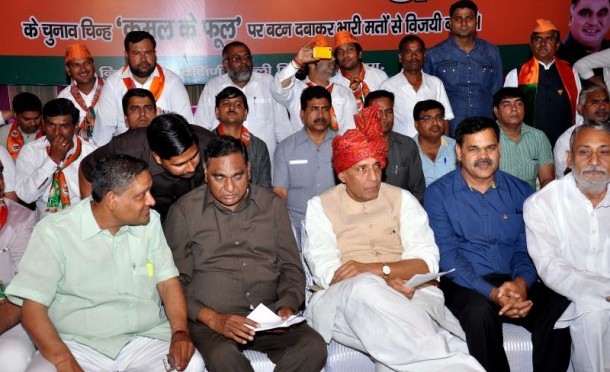 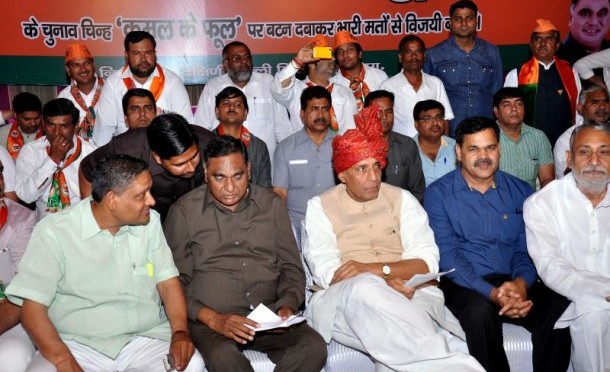 Launching a scathing attack on Congress, BJP president Rajnath Singh today alleged Congress is engaged in “divisive politics” and has “divided” the nation on the name of secularism.

Singh, while addressing an election rally in Jaitpur village in South Delhi constituency, said “Congress has ruled the country for the last 55 years and isn’t social harmony and secular environment its responsibility?”

“Let our soldiers have a free hand once, they will prove that they are second to no one in the world,” Singh told the audience.

During the campaign rally, Singh also slammed Aam Aadmi Party (AAP) and ridiculed it as a “drama” and also accused its chief Arvind Kejriwal of being “power-hungry”.

“What is AAP? It is all drama. Now people know it very well whether AAP is run by aam (common) people or Khas (VIPs).”

Singh said, “He (Kejriwal) was so filled with greed for power that he forgot that he had sworn on his children not to take Congress or BJP’s support to form the government in Delhi Assembly.”

Taking a jibe, the BJP president said that Congress is like a “cat, which however dear, cannot be entrusted with the safety of milk in the house”.

“Same is with Congress, they cannot keep India safe,” he added.

“Scams worth thousands of crores have been unearthed during Congress’ rule. But not a single finger could be pointed against BJP’s six years rule at the Centre that was led by Atal Bihari Vajpayee,” he added.

“We have projected Narendra Modi as the prime ministerial candidate. He is a tried and tested name who also remains the most popular chief minister in the history of India,” Singh said.

“I believe God tests someone very hard if he wants to entrust him with a big responsibility. God has tested him for 12 years and he has proved his mettle,” Singh said.

“Atal ji not only led a fair government at the Centre between 1998 and 2004, but also took the country a step ahead by allowing Indian scientists successfully preparing nuclear weapons to ensure the safety and security of India,” said Singh.