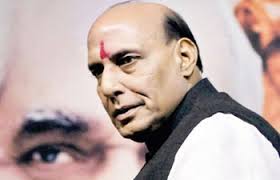 The AAP government in Delhi seems to be a setback for your party. How do you view it?

I don’t think so. It will affect the Congress, not us. The AAP can go wherever they want, they have full freedom to do it. The way I see it, this is not the first time that a new political party has emerged and posted a good debut performance. In the past we have had the Asom Gana Parishad (AGP), the Telugu Desam Party (TDP) etc, the AAP is also part of the same continuum.

But isn’t the AAP’s catchment area the same as the BJP’s—the middle class? Isn’t that a problem for the general elections?

Not at all. Even in the AAP’s own survey report it has been said that in the Lok Sabha elections there would be a decided preference in favour of Narendra Modi. Anyway, this is not the time to discuss these issues. They (AAP) have formed the government in Delhi, and it is a day to congratulate them and hope that they give a stable government to Delhi.

Your party is being squarely blamed for the communal riots in UP. People have said that workers and leaders from your party incited others in mahapanchayats.

How is that even possible? Who are we to incite others? Whatever has happened in Muzaffarnagar, the Samajwadi Party (SP) and its government’s are responsible for the inaction. Several police officials have publicly said that if the government hadn’t interfered with the handling of the situation, it wouldn’t have blown up to this level.

You have high hopes from the northern states this time and it is being said that you might be declaring tickets early.

We have high hopes from every state, even Kerala and Andhra Pradesh. As for tickets, why north Indian states, we will be finalizing tickets from January 20th onwards once the national executive meeting gets done in Delhi. We intend to finish the entire exercise within a month.

Coming back to AAP, it is being said that the premium on fresh faces and clean image may influence the choice of candidates in BJP also.

We have always been conscious of our image in terms of candidate selection, so its not a new thing for us. Sometimes if bad choices are made, its because we may have had insufficient information about candidates. Or that information may not have arrived in time.

Does this mean that many sitting MPs may be dropped?

Anything can happen. The party will decide.

Is there any proposal to include the new three-time chief ministers, Shivraj Singh Chouhan and Raman Singh, in the party’s parliamentary board?

That proposal has never come up. It has never been discussed in front of me.

Who all are you talking to as possible allies for the NDA, since your numbers are depleting? Have you finalised your alliance with Chandrababu Naidu?

We are talking to a lot of people and we cannot rule out pre-poll, or even post poll alliances. We are, however preparing for elections in a way that we may not need allies at all (laughs). We aim to get full majority. But I would like to say this, those who sign up with us before the polls will get both, a say and participation in the government.

Narendra Modi wrote a very emotional blog after the clean chit on post Godhra riots. In all these years has he ever articulated these feelings in front of you?

Yes. Many times. He was always disconcerted by the way he was attacked by all, and the way the CBI had been misused to target him. He knew that if he spoke before the court judgement, nobody would believe him, and it would make no difference. Once the court gave him a clean chit he decided to speak out. In those moments I used to tell him “Vidhaat ke darbar main der ho sakti hai, andher nahin” (justice can be delayed but not denied). I believe he performed his dharma.

Why are you opposed to the striking down of section 377?

I really don’t want to answer that question. I have said what I wanted.

Rahul Gandhi has been talking about corruption, first on Lokpal, and then on the Adarsh report, where is he headed?

He is trying to fool the public. This is an old technique of the Congress. This is part of their strategy. What was the need to announce that the Adarsh report should have been accepted. He could have easily spoken to the chief minister directly. When he tore up the Ordinance on convicted MPs, the Prime Minister could have been privately made aware of his feelings. This is just a way for the Congress to invest in his image. It doesn’t fool anyone.

If the BJP wins the next elections, what are your priorities going to be?

We are very clear that tackling price rise and inflation are going to a major priority, along with providing transparent governance. Unemployment among a large number of youth is a pressing issue, which is again high priority. But mostly, I want that people should begin to trust the government again. That governments are there to serve the people.