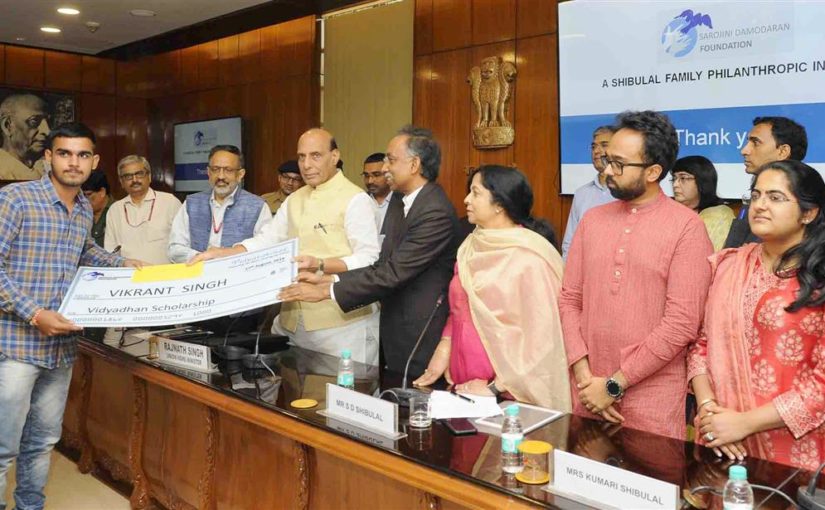 Scholarship aims to provide financial assistance to children for their studies

The Union Home Minister Shri Rajnath Singh distributed scholarship cheques at a function here today to 19 school going children of Central Armed Police Forces (CAPFs) and Assam Rifles (AR) personnel who sacrificed their lives in the service of the nation. This year funds were digitally transferred to 265 children beneficiaries by the sponsors, Sarojini Damodaran Foundation (SDF). The SDF’s contribution aims at honouring the brave soldiers and securing the future of their children. The Foundation not only provides scholarship to these students, but also helps them with guidance and mentorship. 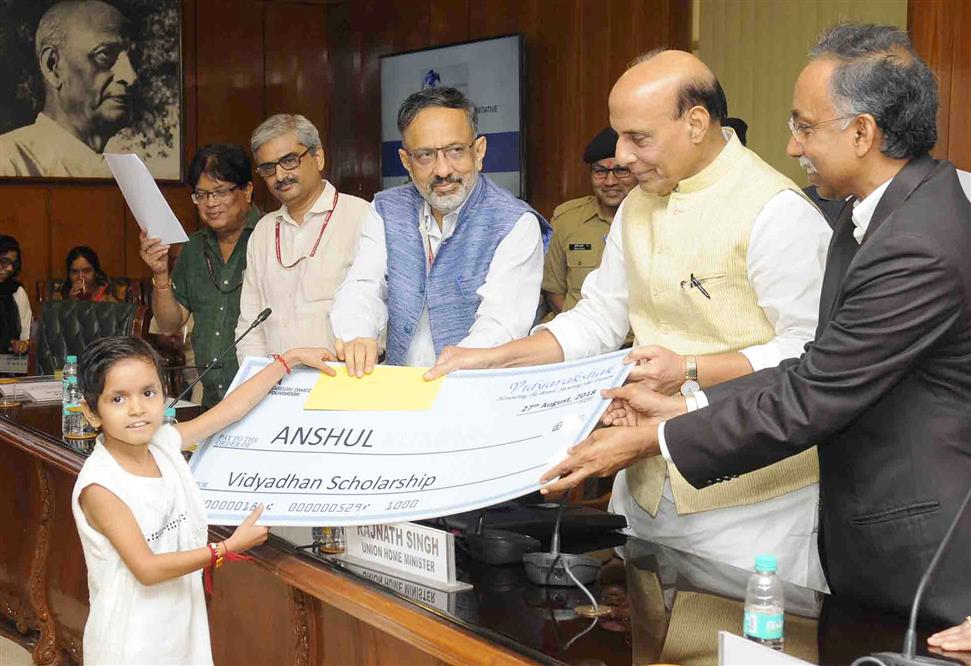 In his address, the Union Home Minister complimented Shri S.D. Shibulal, Managing Trustee, Sarojini Damodaran Foundation (SDF) for undertaking this responsibility. He said that the Foundation is performing this noble task of supporting the children of martyred CAPF personnel. He said that such tasks also help them in fulfilling their social responsibilities. The Home Minister wished the children a bright future and every success in their efforts. He said that this is a gesture of respect for the CAPF personnel who have made supreme sacrifice for the safety and honour of nation.