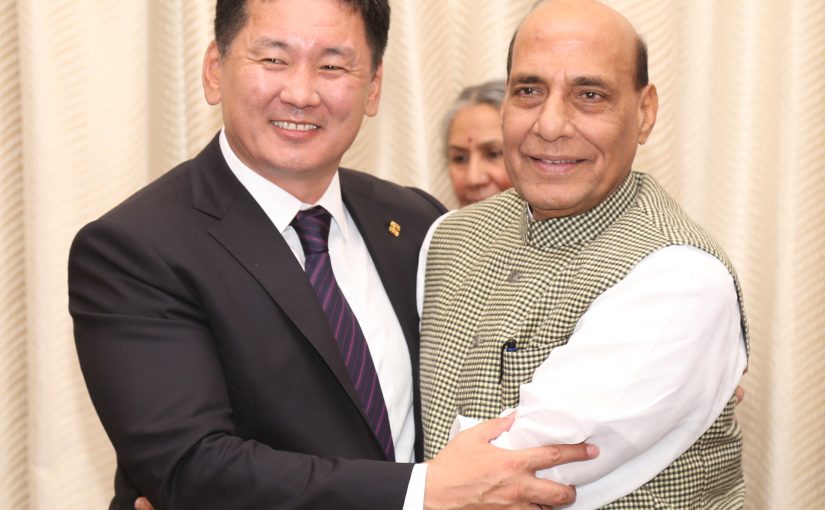 Shri Rajnath Singh said India and Mongolia shared concerns on terrorism and strategic ties between the two countries have strengthened during the last year with the landmark visit of the Prime Minister Shri Narendra Modi. Shri Rajnath Singh hoped the Secretary level talks will be soon held and the visit of the Indian team of Ministry of Home Affairs Senior Officers to Mongolia next month will be successful.

Mongolian Deputy PM said there is no disagreement between the two sides and the two countries have deep economic and cultural ties. He said a large number of Mongolian students are pursuing higher studies in Indian Universities while about 40 Indian companies have invested in Mongolia. He said there was a big scope to further Indian investment in Mongolia’s agriculture sector and exploiting the Central Asian nation’s huge natural resources in the mining sector.