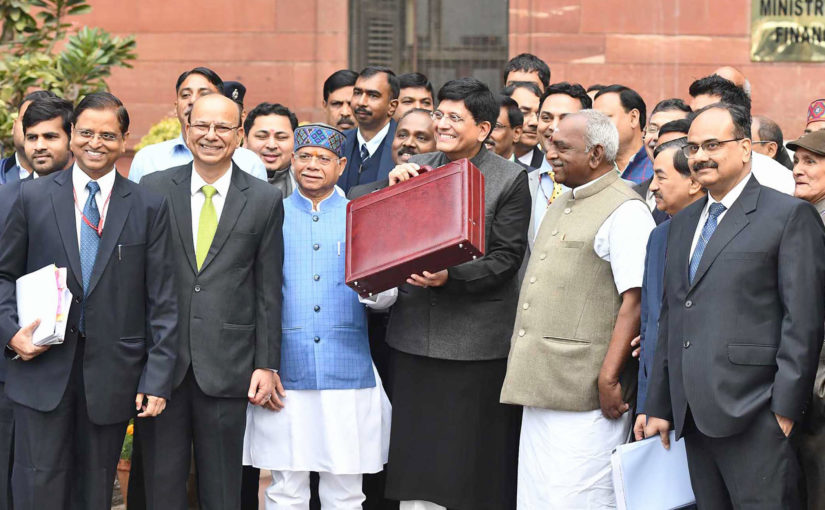 Union Home Minister, Shri Rajnath Singh today hailed the Interim Budget as historic which he said is not only development friendly but also pays special attention to the middle class, farmers, workers in unorganised sector and the other vulnerable sections of our society.

Congratulating the Prime Minister, Shri Narendra Modi and the Union Finance Minister, Shri Piyush Goyal on the unprecedented Interim Budget, Shri Rajnath Sing said that the announcement of exemption from income tax to people with income up to Rs 5 lakh and another Rs 1.5 lakh in investments totalling Rs 6.5 lakh will have a major impact on the lives of middle class in general and salaried class in particular.

Union Home Minister said that with the PM Kisan Samman Nidhi Yojana the government will provide income support to small and marginal farmers which will bring big relief to farmers. Under this scheme every farmer with land holdings upto 2 hectares will receive a sum of Rs 6,000 per year directly in their bank accounts.

Speaking on the relief given to the farmers in the Budget he said that earlier the government used to give temporary relief to farmers but the PM Kisan Samman Scheme will insure a permanent income support to all small farmers. The Budget has allocated Rs 20000 crore in the current fiscal which shows our government’s intent and commitment to farmers’ welfare, he added.

Praising the steps taken for the labourers working in unorganised sector in this Budegt, he said that under Pradhan Mantri Shram Yogi Mandhan Yojana, the government will now provide assured monthly pension of 3000 rupees per month after 60 years of age, at a nominal contribution of Rs 100 per month.

Union Home Minister, Shri Rajnath Singh said that on the one hand, the budget is focused on supporting the social infrastructure of our country and on the other hand it pays great attention to strengthening the economic infrastructure. Sectors like defence, agriculture, infrastructure, industry, energy, education and health have been given a big boost in the Budget, he added

He said that the Budget will go a long way in accelerating the process of making a New India which is confident, self- reliant, developed and prosperous. It also highlights the vision and way foward for making India a 10 trillon dollar economy by 2030.