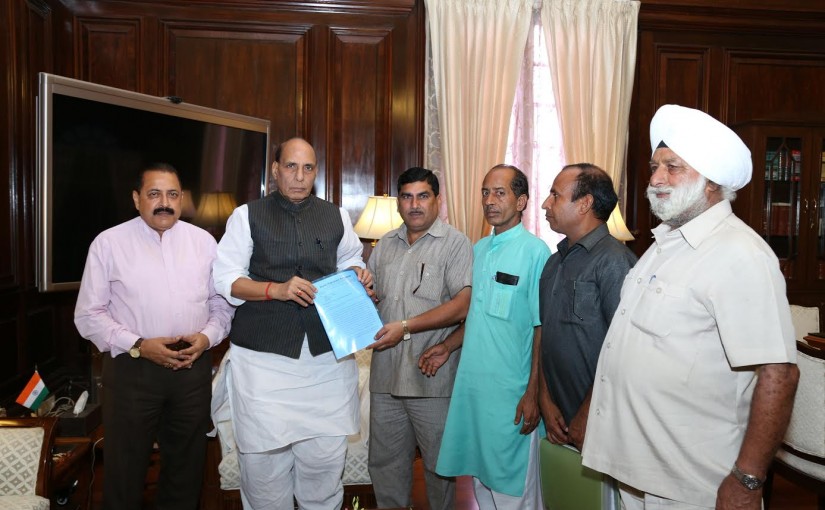 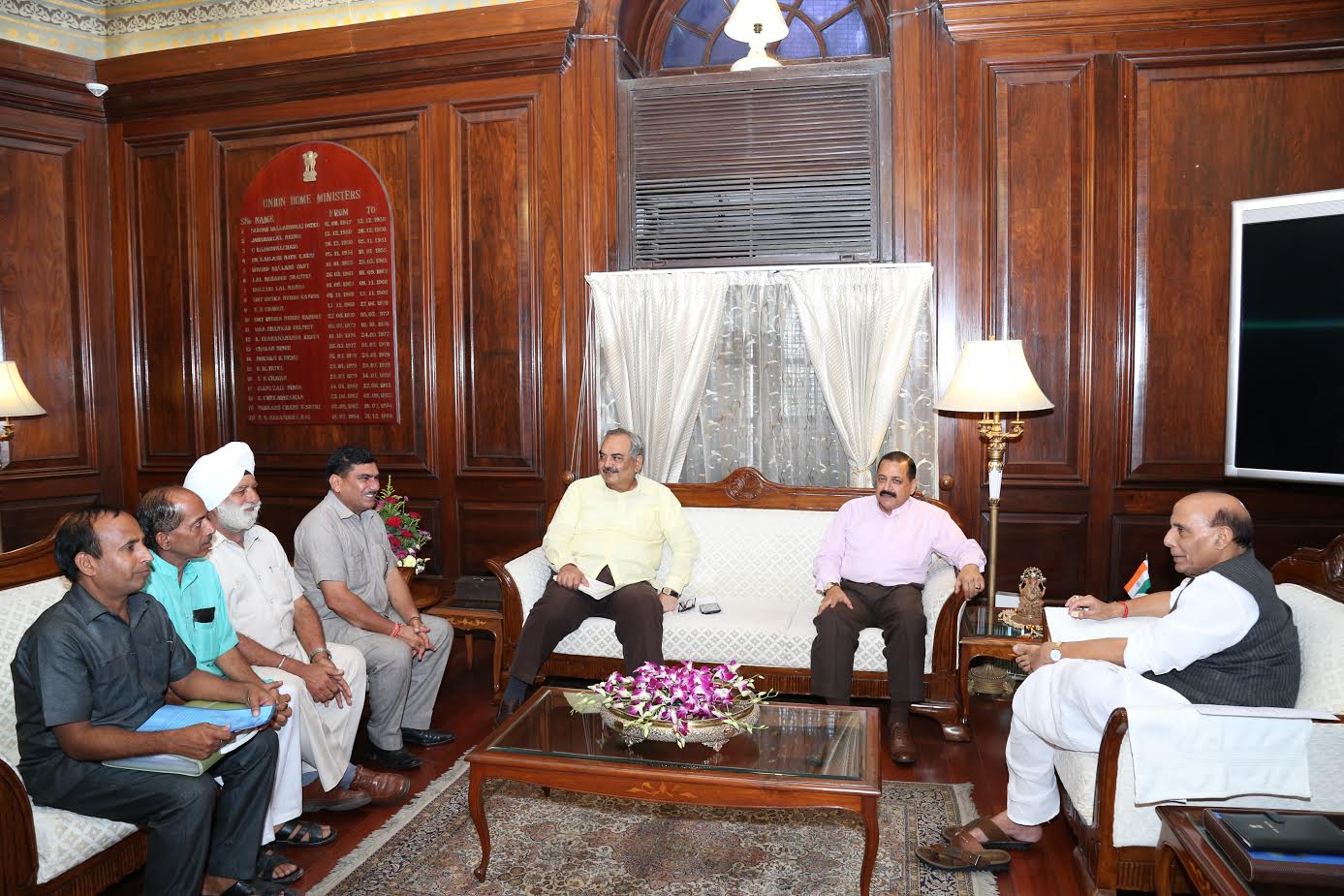 The Charter of demands included Citizenship right in the State of J&K, Special package for rehabilitation in J&K, Right to vote/ contest for the State elections, Allotment of land, Special recruitment, Right to education in technical/ professional institutions, Issuance of SC/ OBC certificates. The delegation also demanded for the appointment of Relief Commissioner for West Pakistani Refugees to look into and redress the grievances.

While appreciating the sentiments of the members of delegation, Shri Rajnath Singh assured the delegation that he will look into the matter and take necessary action. He said that the MHA has appointed a Nodal Officer to exclusively coordinate with the refugee community for redressal of their day to day issues. He also said that MHA is working out a suitable provision to overcome the problems faced by the West Pakistani Refugees in terms of non-issuance of SC/ST/ OBC certificates by the State Government.

The West Pakistani Refugees settled in J&K are citizens of India and they have the right to vote in Parliamentary Elections. However, they are not permanent residents of the State in terms of J&K Constitution. They do not enjoy voting rights to the State Assembly and Local Bodies. The conferment of Permanent Resident Status to the West Pakistani refugees settled in J&K falls within the purview of J&K Constitution, which will enable them for Jobs under State Government, for admission into the State Technical/ Professional institutions and the right to purchase/ acquire land/ immovable properties in the State of J&K.

No separate proposal is under consideration of the Government to recruit the children of West Pakistani Refugees (WPRs) in paramilitary forces. However, these children were allowed to be recruited in Central Armed Police Forces (CAPFs) without the condition of having domicile certificate from the designated authority of the State Govt. of J&K. Other proof such as names in the Parliamentary voter list, are to be taken as proof of their being refugees from West Pakistan and the certificate issued by the village Numberdar/ Sarpanch can be accepted and taken into account for the purpose of recruitment in CAPFs and Assam Rifles against the quota of the J&K State. The children of these refugees are eligible to apply against the vacancies in paramilitary forces earmarked for the State of J&K.

In the wake of Pakistani aggression in Jammu and Kashmir in 1947, about 5764 families who migrated from the then West Pakistan are residing mainly in Jammu, Kathua and Rajouri Districts of Jammu Division.