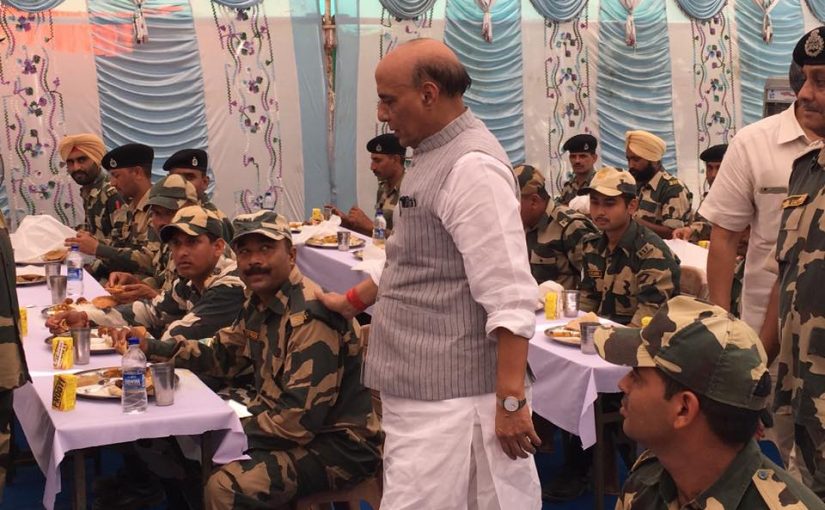 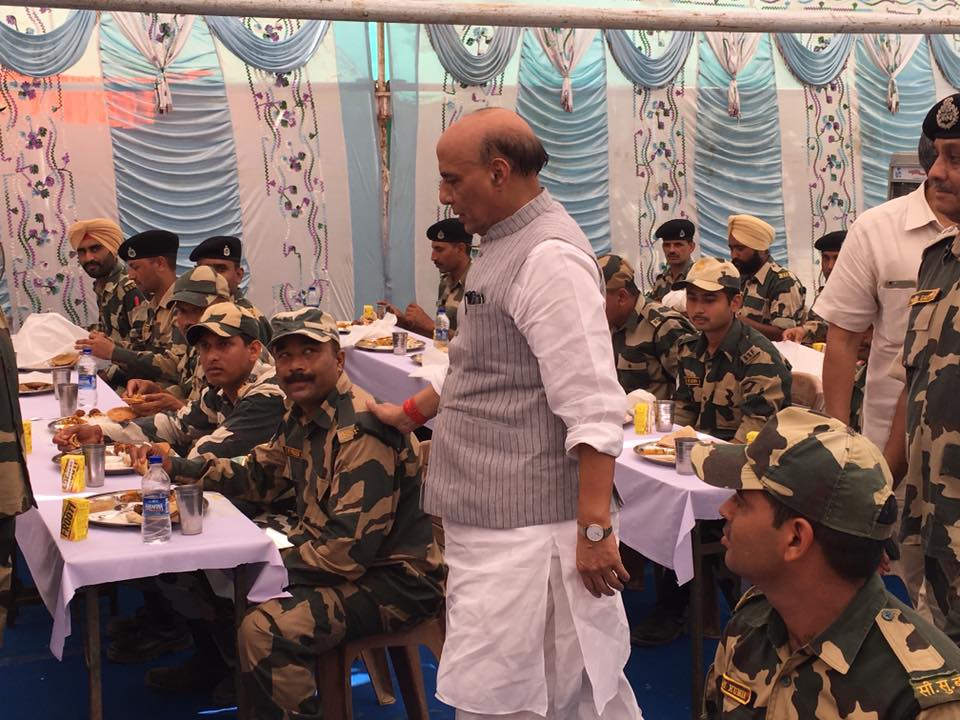 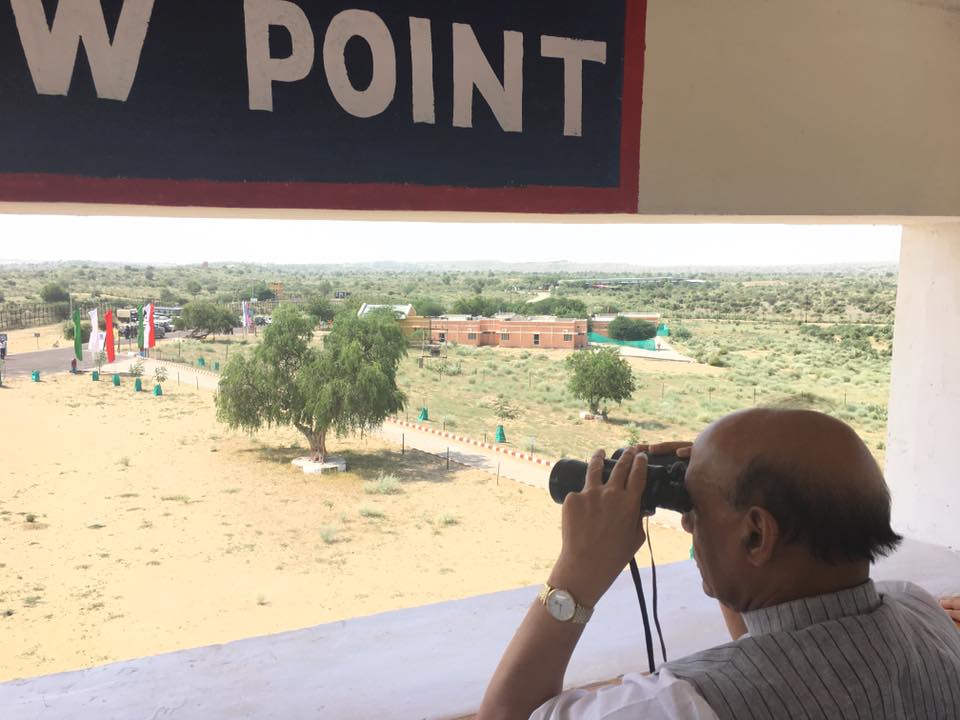 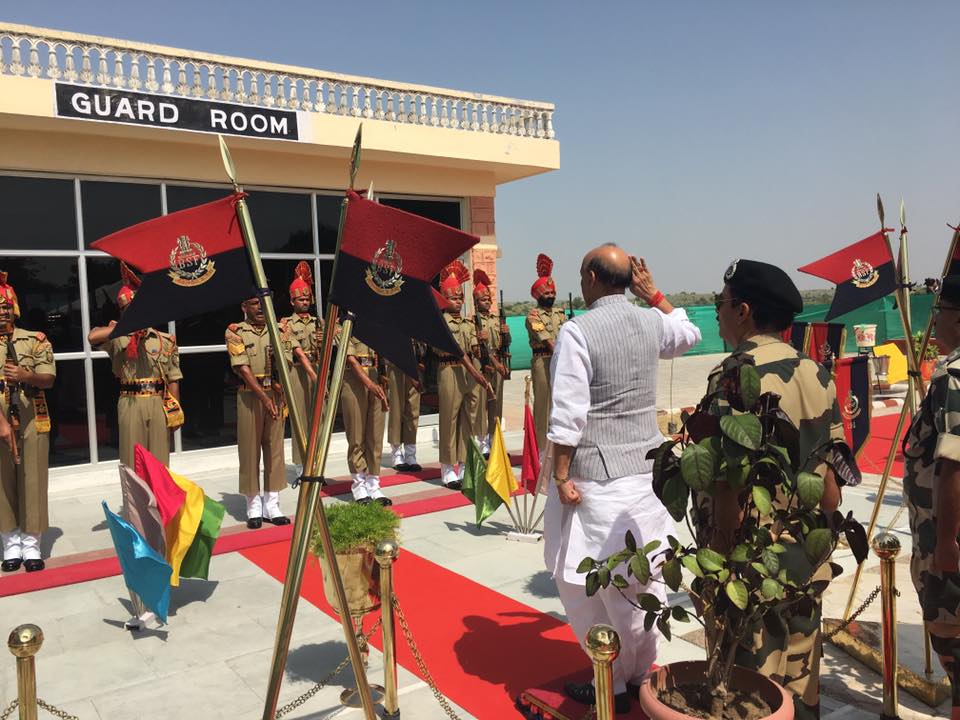 Addressing the BSF personnel, the Union Home Minister said that India never attacks anyone and we do not intend to occupy others’ land. Our heritage is “Vasudev Kutumbakam” meaning, “The whole word is one family.” Shri Rajnath Singh said we never open fire first, but if attacked, in retaliation we never count the bullets after pulling the trigger.

Lauding the morale of the BSF personnel despite the very adverse temperature and difficult desert terrain, the Union Home Minister assured them that the Government will do everything to improve the border infrastructure and their service condition. Shri Rajnath Singh said the damaged border fence at some places will be urgently repaired and it will be periodically reviewed and repaired. He said floodlighting and a parallel road along the border fencing will also be completed to facilitate effective border patrolling. Noting that some of the BOPs do not have proper telephone facility, he said that mobile connectivity will be improved with the sanction of more mobile towers close to the borders and in the meantime more satellite phones will also be provided at the BOPs.

Shri Rajnath Singh said the Ministry of Home Affairs will also address the shortage of Bullet Proof (BP) jackets and also consider procuring lighter BP jackets. He also expressed concern at shortage of drinking water facility at some of the BOPs and mentioned that a survey would be conducted on the feasibility of providing piped water supply to all the BOPs.

Speaking of camp security, the Union Home Minister said the BSF proposal for constructing safety walls and ring bunds on the periphery of the Battalion HQs and BOPs will be examined. He said the issue of camouflage uniform being uncomfortable in the hot temperature flagged by the BSF personnel will also be addressed. Shri Rajnath Singh said the Director General, BSF and Secretary (Border Management) accompanying him have taken note of all issues of concern raised by the BSF troopers at the BOPs.

The Union Home Minister said I salute you and respect your zeal to serve the nation. Shri Rajnath Singh said the BSF has a special place in the hearts of all Indians.

Yesterday the Union Home Minister visited Murar and adjoining BOP in Jaisalmer district and interacted with the BSF jawans.