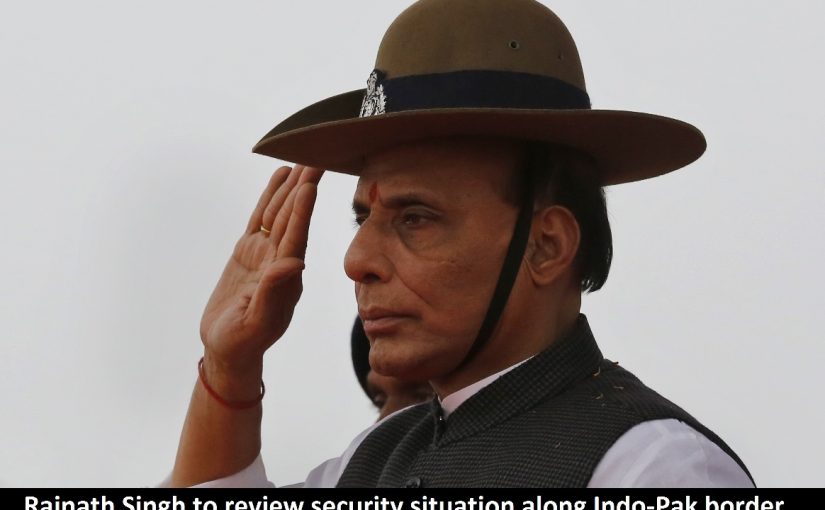 The Union Home Minister Shri Rajnath Singh will be on a two day visit to the western border districts of Jaisalmer and Barmer in Rajasthan from tomorrow. He will chair a meeting with Chief Ministers/ Home Ministers of Rajasthan, Gujarat, Punjab & J&K at Jaisalmer (Sector HQ North-BSF) for sealing of Indo-Pak border. Later the Union Home Minister will visit Murar Border Outpost (BOP) in Jaisalmer district and interact with BSF jawans. On October 8, 2016, Shri Rajnath Singh will visit Munabao BOP in Barmer district and also interact with jawans there.

There are stretches in which construction of physical barriers is not feasible due to geographic constraints like riverine, low-lying, creek, marshy etc. areas. In this stretch, it is proposed to deploy technology solutions which include deployment of cameras, sensors, radars, lasers, etc. BSF is testing the available technologies through pilot projects in Jammu region, Punjab and Gujarat. BSF is in the process of rollout of Comprehensive Integrated Border Management System (CIBMS) for this stretch of IPB and the same is due to be undertaken in a year’s time.

The Indian side of the IPB, which is 3323 km long, passes through the States of Gujarat (508 km), Rajasthan (1037 km), Punjab (553 km) and Jammu & Kashmir (1225 km). Out of the 3323 km border with Pakistan, about 2289.66 km of the International Border (IB) is under the operational control of the Ministry of Home Affairs. Apart from the IB, there is a Line of Control (LoC) which is under the operational control of Ministry of Defence.