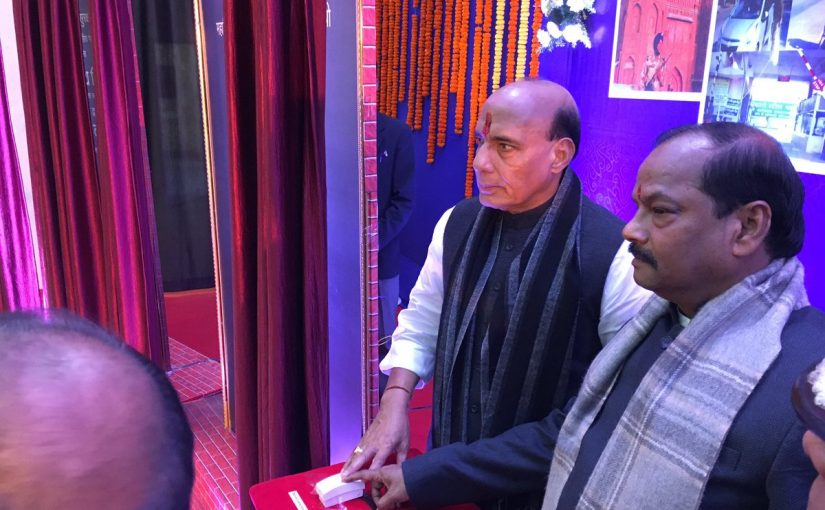 Union Home Minister Shri Rajnath Singh has said the Left Wing Extremism (LWE) has taken a big hit after the demonetisation. LWE problem can be resolved through sustained efforts in a few years, he added. Shri Rajnath Singh was addressing the gathering after inaugurating the CISF Eastern Sector Headquarter and laying foundation stone of the CISF Residential Complex in Ranchi today during his daylong visit to Jharkhand.

The Union Home Minister said violence has no place in a democracy. LWE groups should abjure violence, he added. Shri Rajnath Singh said certain anti-India forces do not like to see India growing. They resort to violence and terror. We need to fight against terrorism, he added.

The Union Home Minister praised the CISF as being unique, terming it as a multi-dimensional force facing many challenges. It is guarding not only strategic installations but also operating in LWE areas, he noted. Assuring funds to the CISF, Shri Rajnath Singh said that when infrastructure of any force is developed it helps in strengthening the capabilities of our forces.

In his address, Chief Minister of Jharkhand, Shri Raghubar Das highlighted the initiatives taken by the State Government against the LWE problem. He announced allotment of 100 acres of land to CISF for the Central Training School.

The Union Home Minister later reviewed the LWE situation in Jharkhand state at a meeting with the Chief Minister and Senior Officers.

During his visit, Shri Rajnath Singh planted a sapling at the CISF Eastern Sector Headquarters in Ranchi.