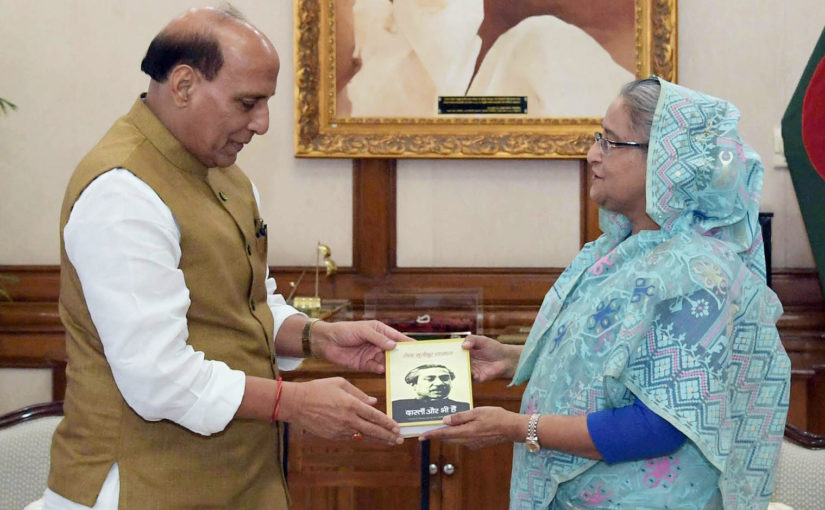 The two leaders noted that much has been achieved by India and Bangladesh by working together to counter the menace of terrorism and radicalization. They agreed that all countries in the region that are afflicted by this menace should proactively join hands to effectively tackle it. The Home Minister also thanked the Prime Minister for the cooperation extended by Bangladesh in addressing India’s security concerns.

They also discussed the influx of displaced persons from the Rakhine State of Myanmar over the past year. The Home Minister conveyed that India is committed to helping in the safe, speedy and sustainable return of these persons to their homes. In this context, India is working on a project to construct prefabricated housing in Rakhine State so as to meet the needs of the displaced persons. India will also continue to provide relief material and supplies to help Government of Bangladesh deal with the needs of those in the relief camps.