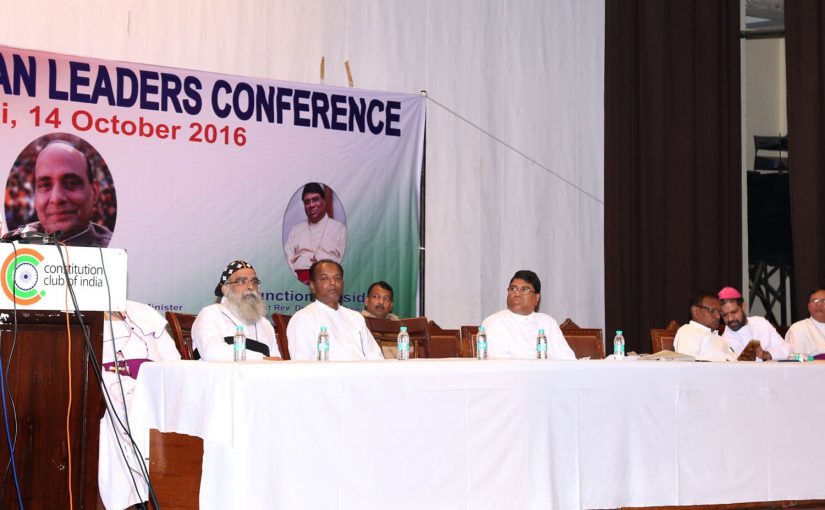 The Union Home Minister Shri Rajnath Singh has said terrorism has no religion still some people try to link the two. Terming India as “the University of Tolerance” for the world, Shri Rajnath Singh said there can be differences of opinion and these can be resolved across the table, but this does not mean disgruntled elements pick up the gun instead. Addressing the National Christian Leaders Conference here today, Shri Rajnath Singh decried terrorism as an instrument of state policy resorted to by some countries, calling it unfortunate.

The Union Home Minister said India is a secular state and there shall not be any discrimination on the basis of religion. Shri Rajnath Singh reiterated that India has been the confluence of all major religions of the world throughout history. The Union Government will keep an eye on the miscreants and rumour mongers and steadfastly uphold the rule of law in the country, he added.