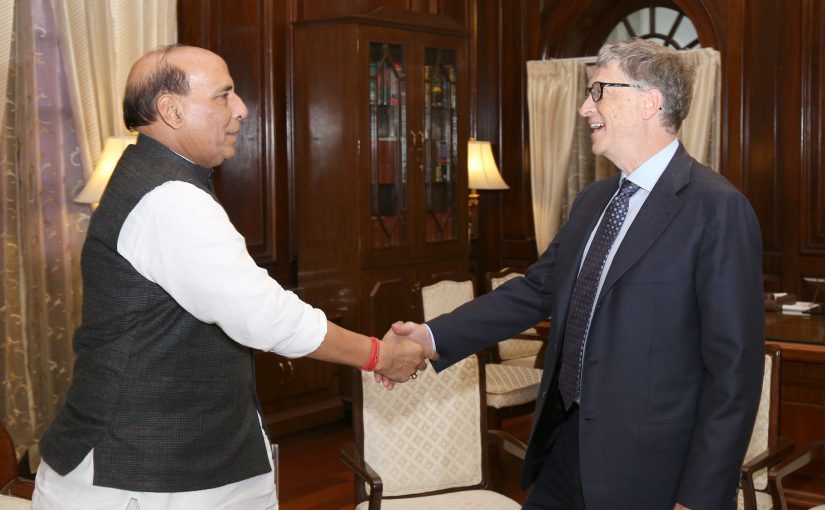 Commending the welfare schemes being run by the Bill & Melinda Gates Foundation in India, Shri Rajnath Singh said after the success of the Foundation’s ‘Ananya’ Child Care and Maternal Health programme in Uttar Pradesh and Bihar, this scheme should also be implemented in Chhattisgah, Jharkhand and Odisha where there is a large tribal population. He also lauded the Foundation’s ‘Awahan’ initiative which has helped reduce the spread of HIV infection across India.

The Union Home Minister also invited Mr. Gates to support the Union Government’s initiative to give a major push to skill upgradation of workers in India’s Agriculture sector.