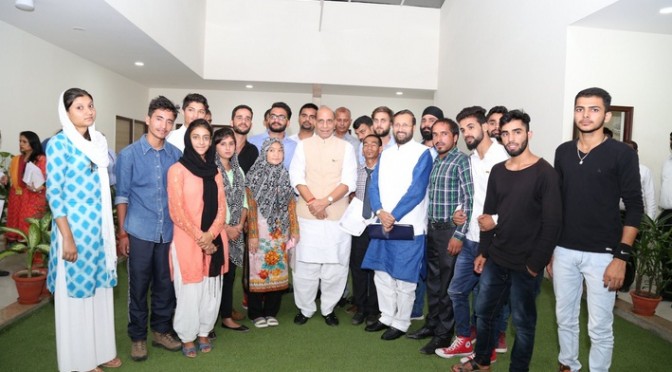 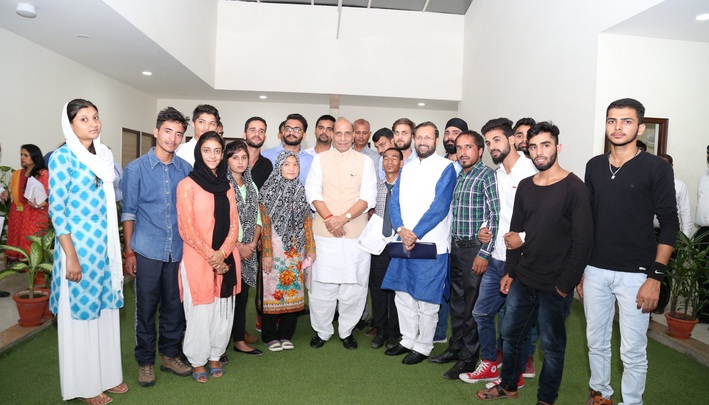 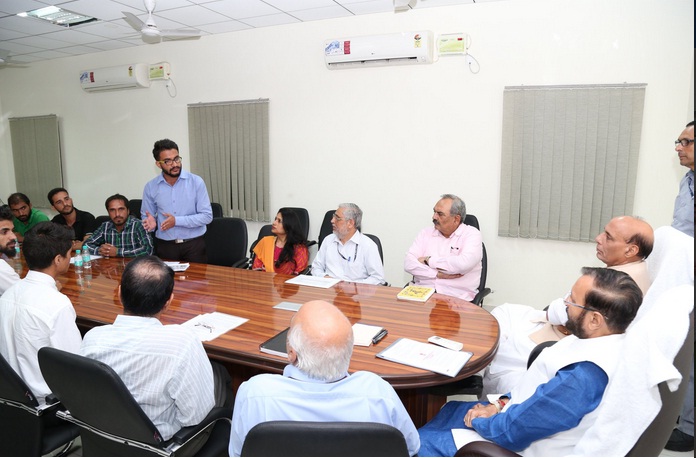 On hearing the problems of non-disbursement of scholarships to students from Jammu and Kashmir in some institutions at Jaipur through media on September 03, 2016, the Union Home Minister Shri Rajnath Singh at his own initiative had spoken to the Education Minister of Rajasthan and obtained the phone numbers of some of the students. On talking to them, he learnt that the students had some difficulties in getting their scholarship under the Prime Minister Special Scholarship Scheme.

The Union Home Minister Shri Rajnath Singh had asked the Education Minister of Rajasthan to sort out the operational difficulty by Monday (5th September, 2016), and had invited the students to meet him in Delhi, immediately on return from his J&K tour of September 4 – 5, 2016, if the problem still persists.

A delegation of over 30 students representating all the three regions of Jammu & Kashmir i.e. Jammu, Kashmir and Ladakh met and had discussions with the Union Home Minister Shri Rajnath Singh and Human Resource Development Minister Shri Prakash Javadekar, here yesterday.

These students studying in Rajasthan, Haryana and other states presented their issues. As advised in the meeting yesterday, the students today had detailed discussion with Chairman, All India Council for Technical Education (AICTE), Prof. Anil D. Sahasrabudhe. Some of their problems were resolved instantaneously and some that need to be taken to the Inter Ministerial Committee (IMC), will be put up to the Committee. Even for those students whose issues need to be taken to IMC, letters have been issued to the institutes stating that their studies should not be discontinued for want of scholarship money.

The students after meeting the Union Home Minister and HRD Minister yesterday and Chairman, AICTE today were fully satisfied with approach adopted by the Central Government. They profusely expressed their sincere gratitude to the initiative taken by the Home Minister, concern of all to their problem and extra ordinary approach for solving them.