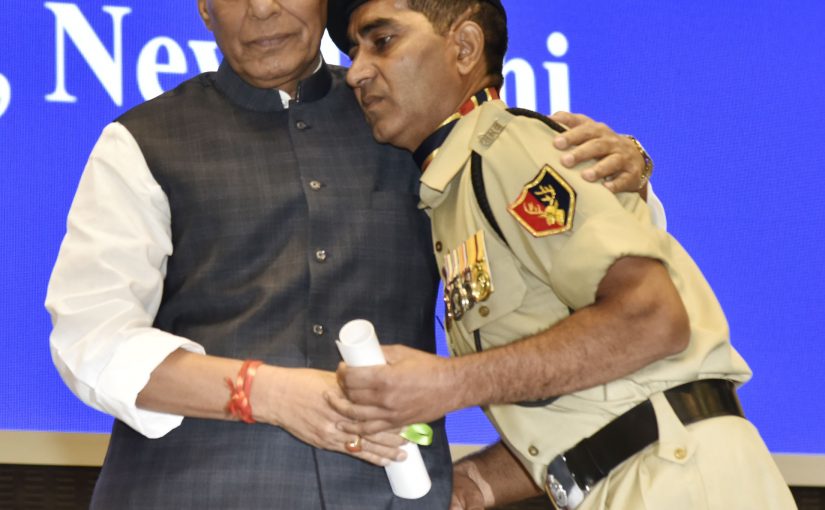 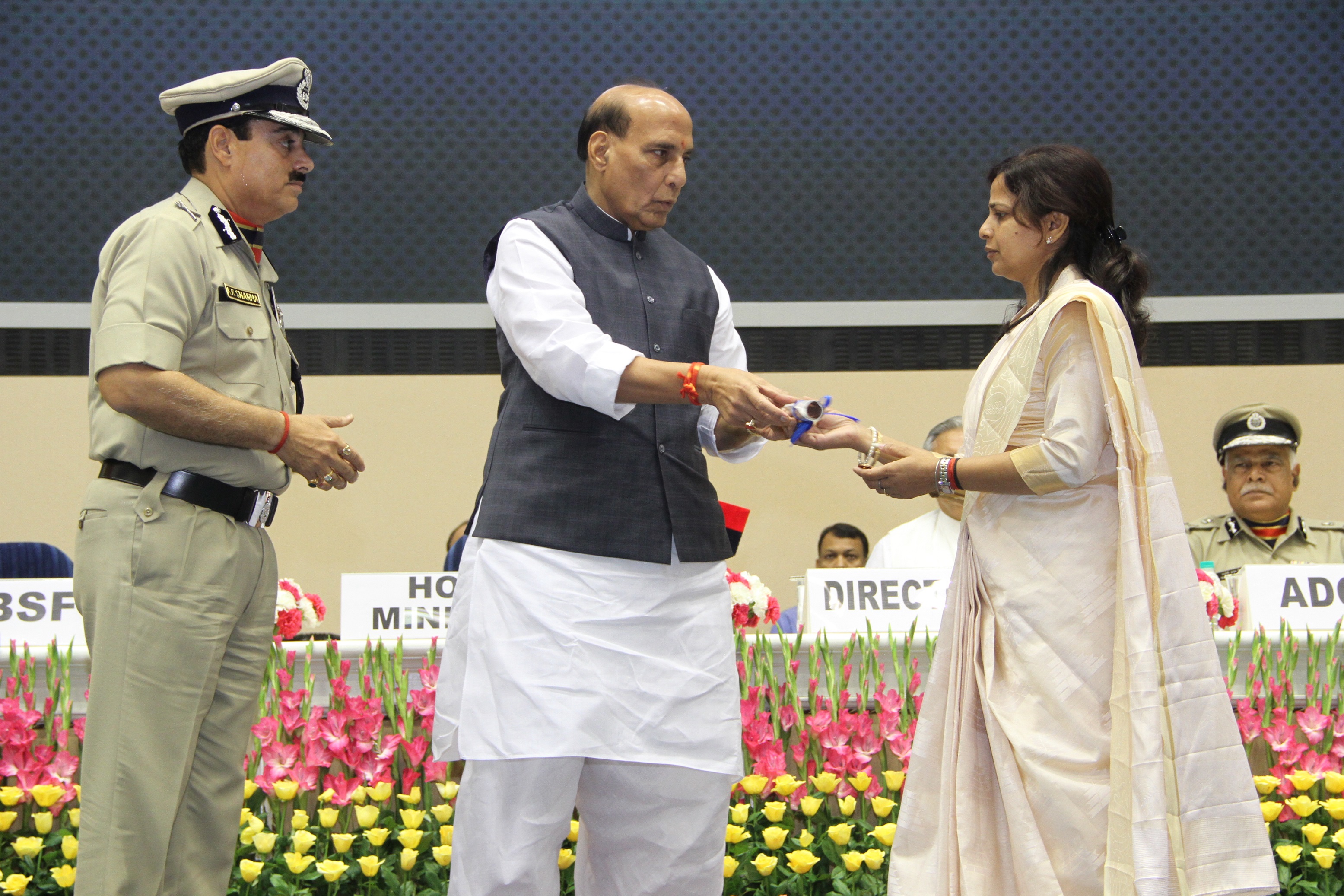 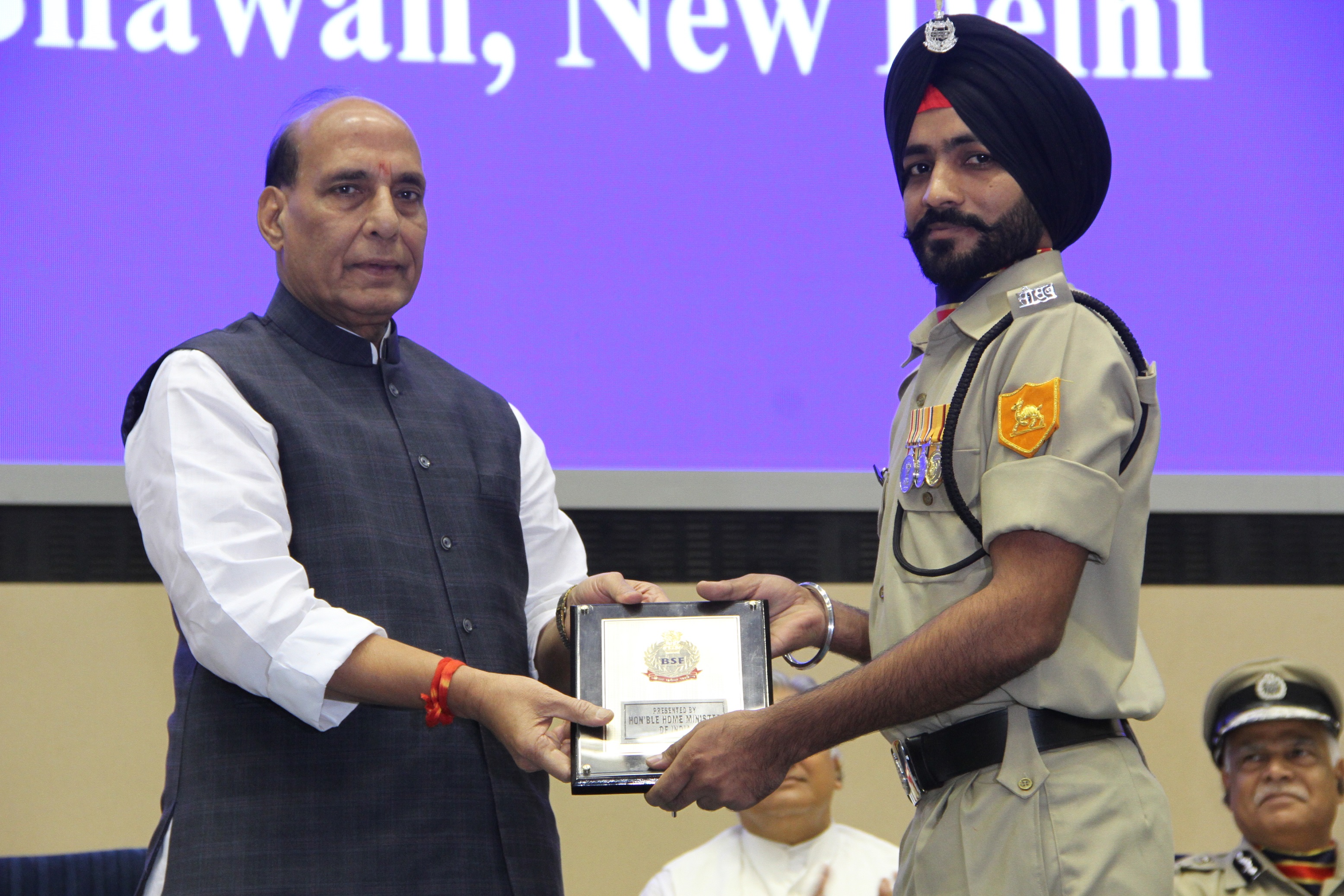 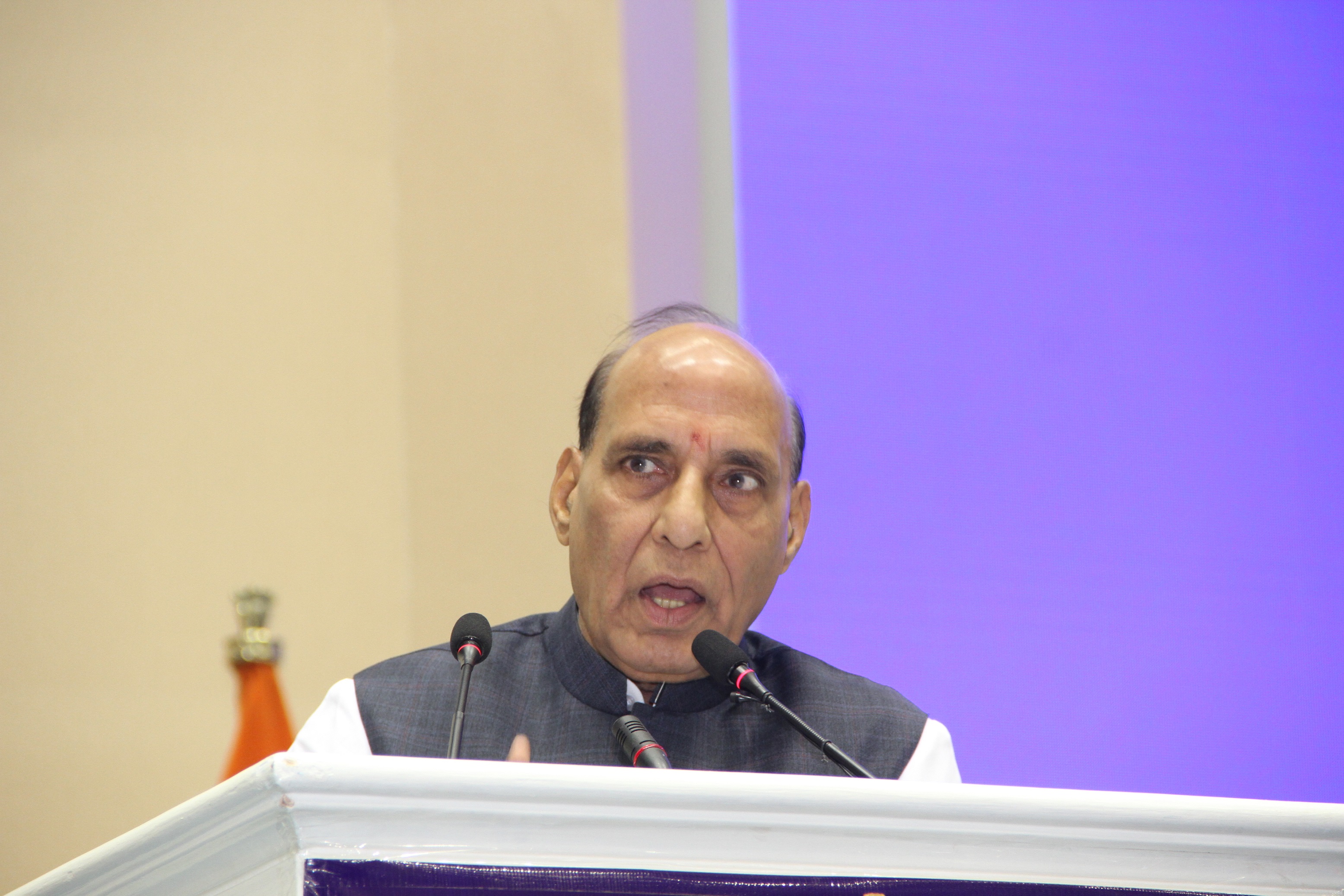 The Union Home Minister Shri Rajnath Singh presented the Police Medal for Gallantry and Police Medal for Meritorious Services to the BSF officials at the 15th BSF Investiture Ceremony and Rustamji Memorial Lecture held here today. This year 29 medals were awarded to the BSF officials. The Government of India honours brave officers and men of BSF with medals for gallantry in recognition of their acts of valour and sacrifices in the service of the nation. Const Harinder Singh, BSF Bronze medalist of 6th Asian Para Cycling Championship-2017 was also awarded during the function.

Speaking on the occasion, Shri Rajnath Singh said that the country is proud of the sacrifices made by the forces while defending the country. He said that when somebody decides to join BSF, CAPFs or Army, then a passion to serve the nation must be in their mind. He said that national self-esteem is very important for anybody along with personal self-esteem and nobody shall ever compromise with his self-esteem. The national self esteem cannot be compromised when any foreign power tries to disturb peace at the border of India.

Shri Rajnath Singh said that he does not consider BSF as an ordinary organisation, but considers it as the “First Wall of Defence”. He also appreciated the BSF for its role in curbing smuggling and fake currency notes at the borders. He said that Comprehensive Integrated Border Management System is essential for border security. Shri Rajnath Singh said that the incidents of infiltration have declined to a large extent after the surgical strike.
Shri Rajnath Singh said that social media has become a tool nowadays to spread rumours. He appealed to the officers and forces not to forward any such social media messages which are not authentic and not in the interest of nation. He said that it is our responsibility to protect the unity and integrity of our country. He also said that the forces should pay special attention to the discipline e.g. dress code etc.

The Union Home Minister Shri Rajnath Singh also appreciated the BSF for its Civic Action Programme. He said that about 35,000 jawans have been promoted to Head Constables level. He also said that web portal has been recently launched to redress the grievances of the CAPF personnel. He said that he will personally monitor the portal once in a month to see whether there are any unresolved grievances pending through the proper channel. He also said that a web portal and mobile application named “Bharat ke Veer” has been launched recently, with an objective to enable willing donors to contribute towards the family of a braveheart who sacrificed his/her life in the line of duty. He also said that the martyr’s family should get a minimum support of Rs one crore and the Government would meet the gaps, if any.

The DG, BSF, Shri K K Sharma said that the BSF jawans are making supreme sacrifices for the security of nation. He said that Air Wing, Water Wing, Artillery Wing, Camel Wing and Dog Squad provide good support to the Force. He said that BSF is also fulfilling its social responsibilities.

The Investiture Ceremony of BSF is celebrated in the memory of the first Director General and founding father of BSF i.e Shri K. F. Rustamji, a celebrated Indian Police Officer. Due to his efforts and robust vision, BSF today stands as a highly professional and proficient force.

With a strength of 2.5 lakh personnel manning its 186 battalions, BSF is world’s largest border guarding force. The BSF plays a sterling role in guarding the border as India’s first line of defence. Additionally, it has been successfully undertaking many tasks including internal security, international peace keeping, and border management.

Director, IB, Shri Rajiv Jain, former DGs and senior officers of BSF and Ministry of Home Affairs were also present on the occasion.